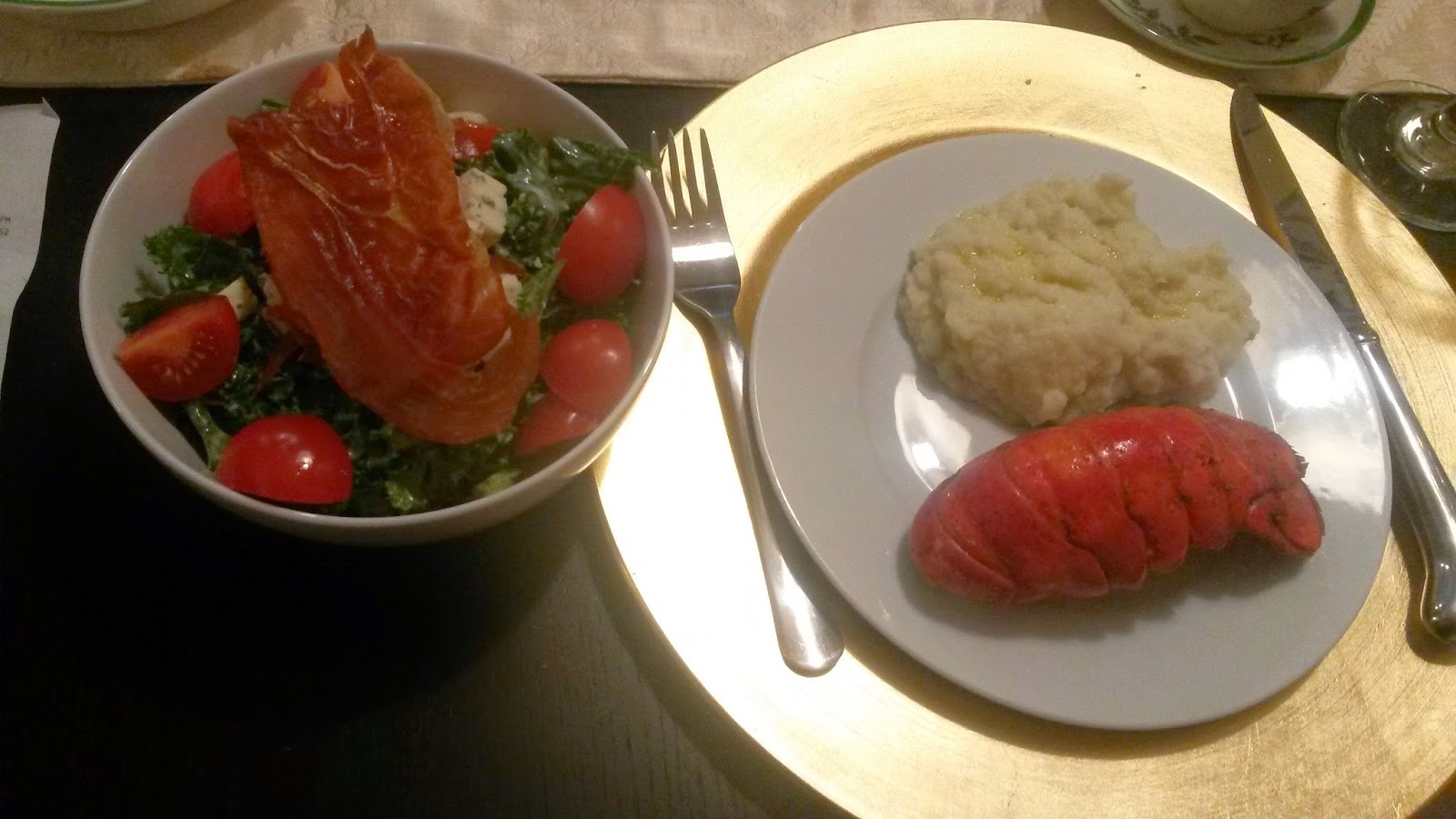 I can't quite believe 2014 is coming to a close. My family and I had a really whirlwind year. We had two engagements, two weddings, and a baby born this year! I married an incredible man and left my job at Nestle to pursue a new career. I do believe this calls for a celebration.

Though my husband and I are going out to a neighborhood restaurant for dinner this year, I firmly believe that you don't have to leave the house to celebrate on New Year's Eve. An intimate night with close friends and family, great food, and a television set for the count down are really all I need. It's also much easier on the wallet - especially now! Whole Foods is having their once a year sale on lobster tails. Instead of $9.99 each, they are $12 for two - such a good deal! I bought 6 and am keeping 4 in the freezer. 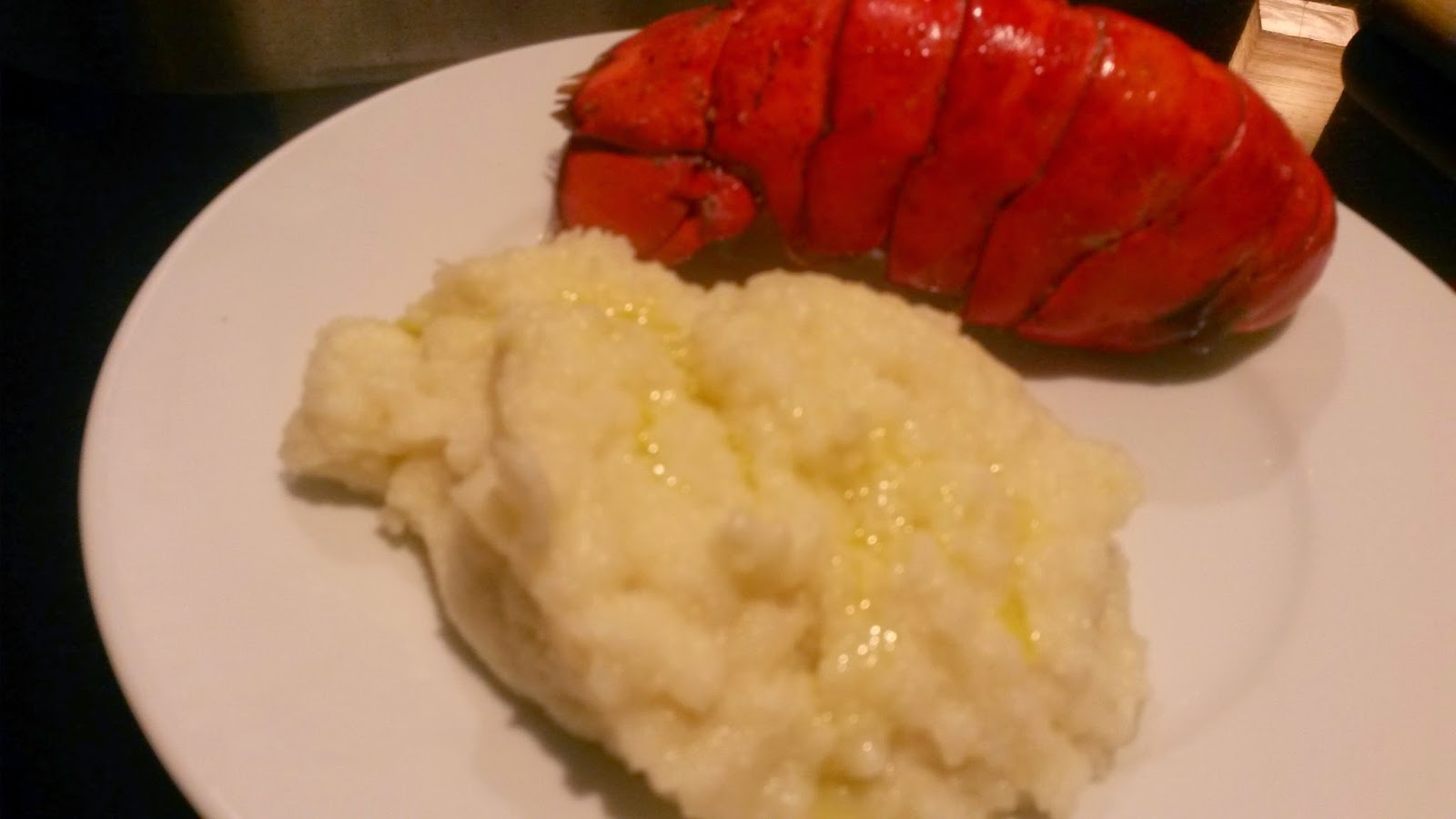 Like many other folks out there, we are planning to kick 2015 off with a healthy mindset. To get that mindset started a little early, I decided to make cauliflower mash instead of potatoes. With the richness of the lobster and the truffles, there just wasn't any need to pack on the indulgence of white potatoes. I got this recipe for lobster tails from my dad. He usually cooks them on a grill, but, since I live in a NYC condo, the broiler is my best option.

Preheat broiler. Sprinkle lobster tails with salt and pepper and rub with olive oil until coated. Broil hard shell side up for approximately 5 minutes, until tails turn bright red and start to brown. 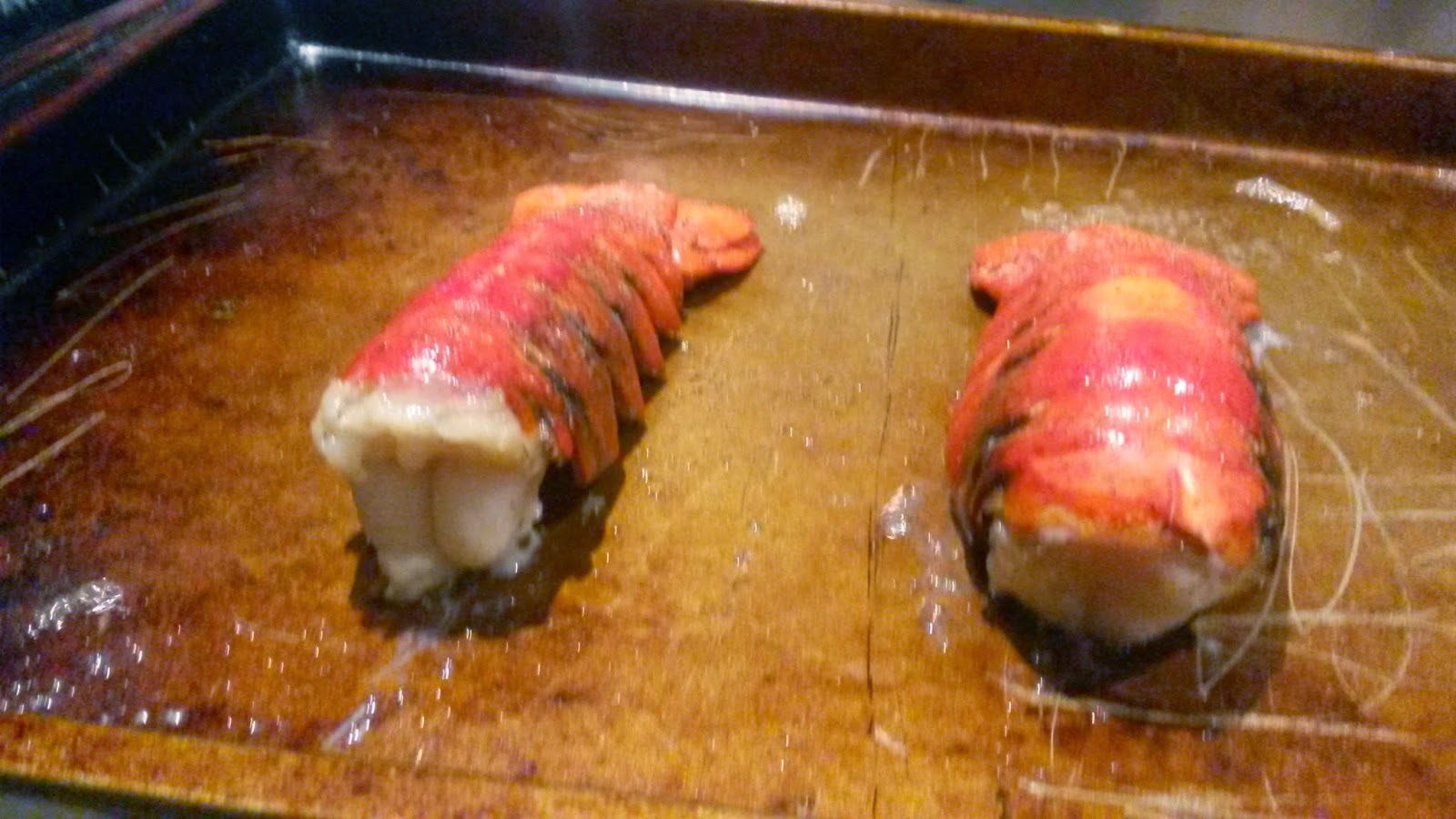 Flip and broil for an additional 3-5 minutes, until visible meat is white and shell begins to curve and brown. Serve with melted butter for dipping. 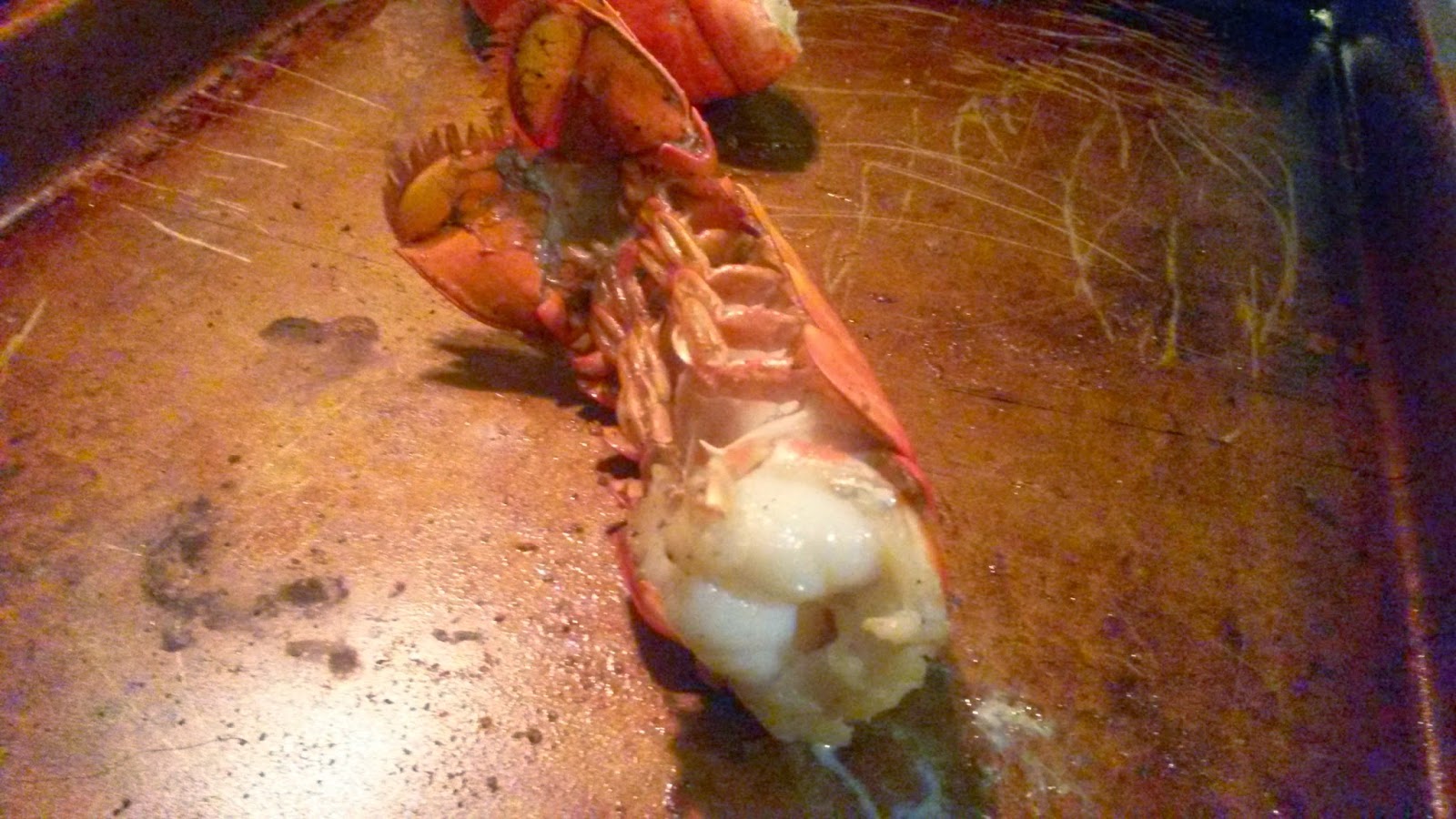 Truffled Cauliflower Mash
Serves 2-4 depending on hunger level and size of lobster tails!
Chop cauliflower into medium sized pieces. Add to a medium saucepan with 2 inches of water at the bottom. Cover and steam until very soft, approximately 20 minutes, ensuring that there is always water in the pan. 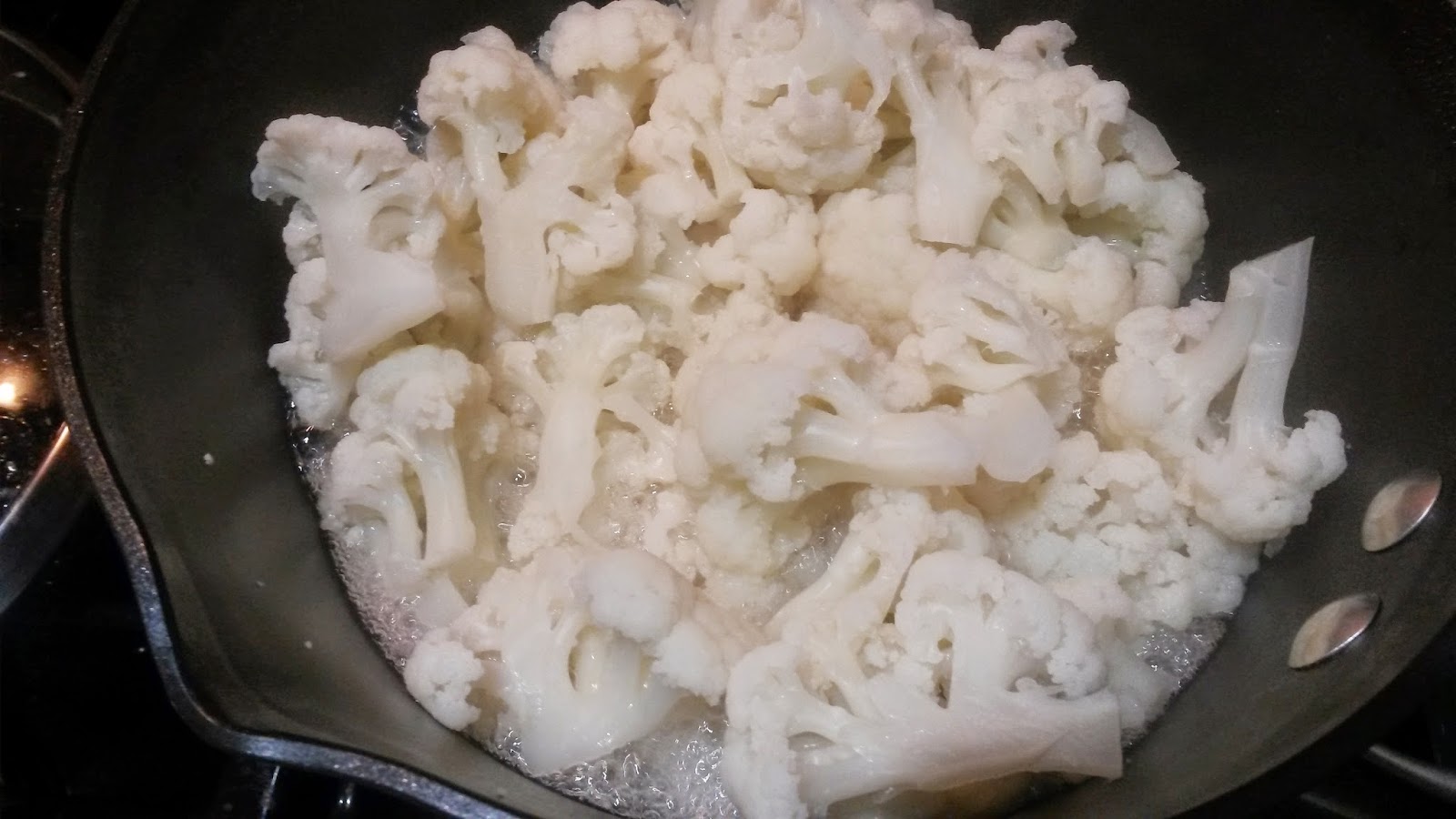 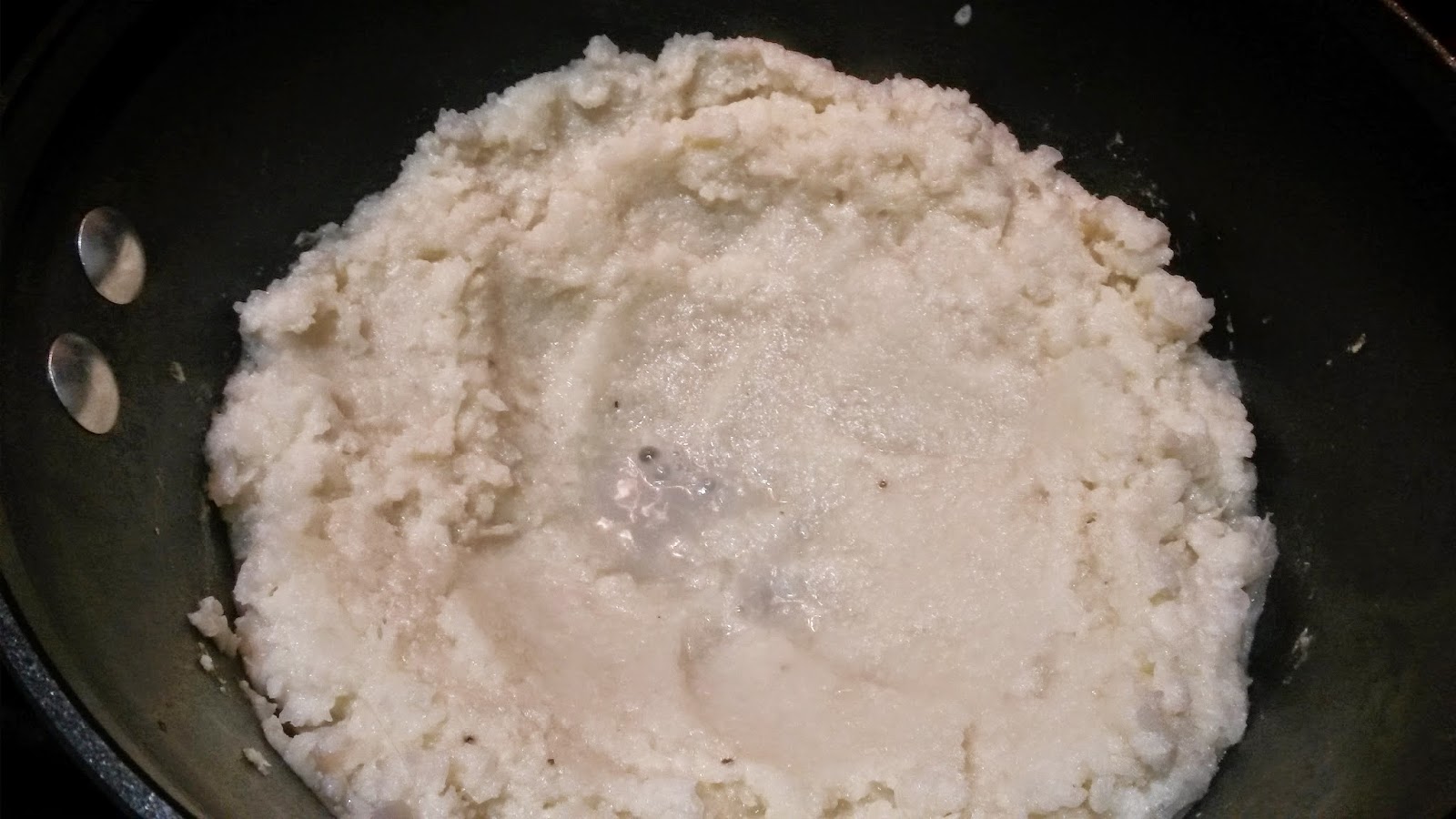 Blend with a hand blender for smoother consistency if desired. 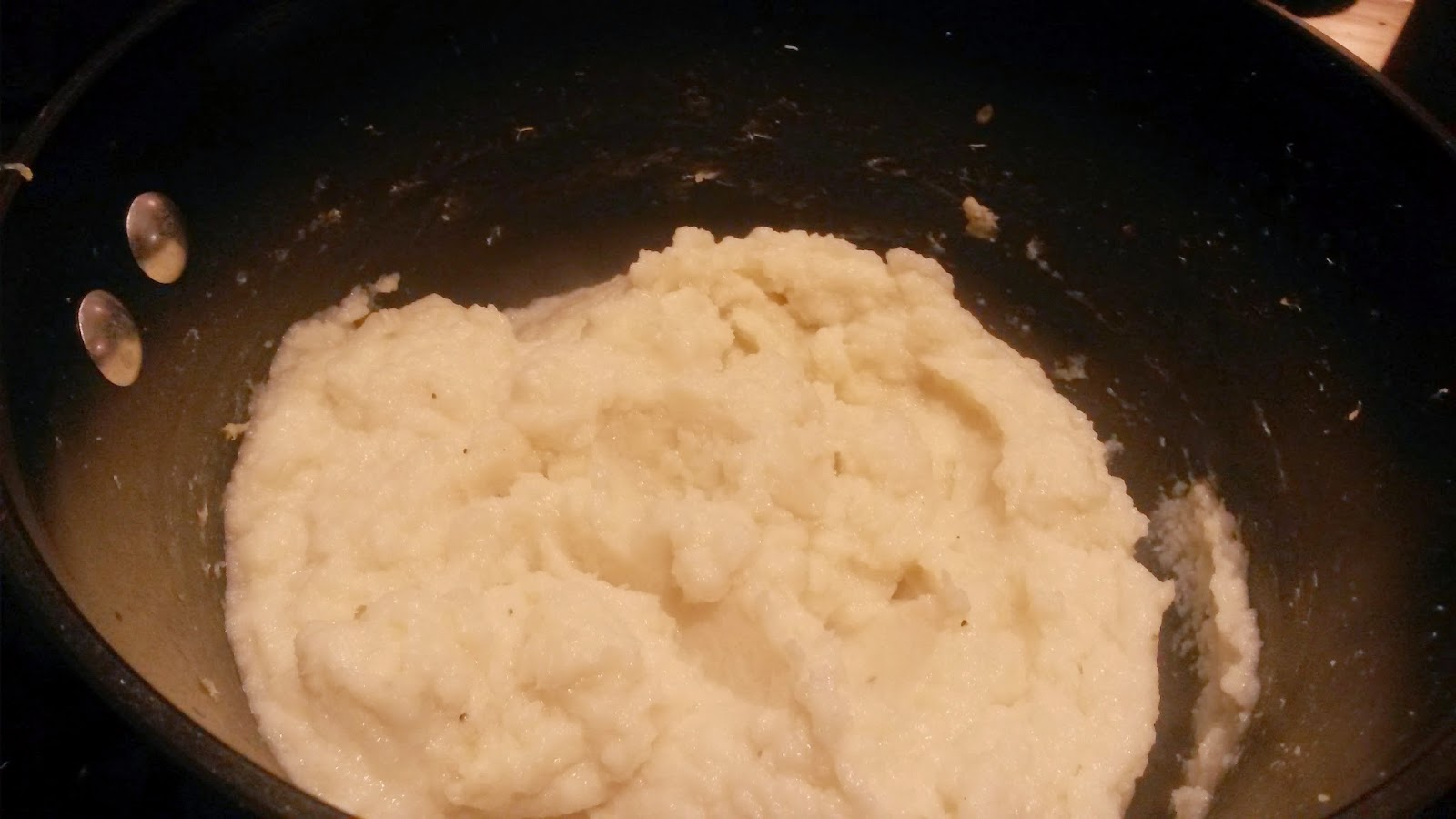 Plate and drizzle with a small amount of black truffle oil. 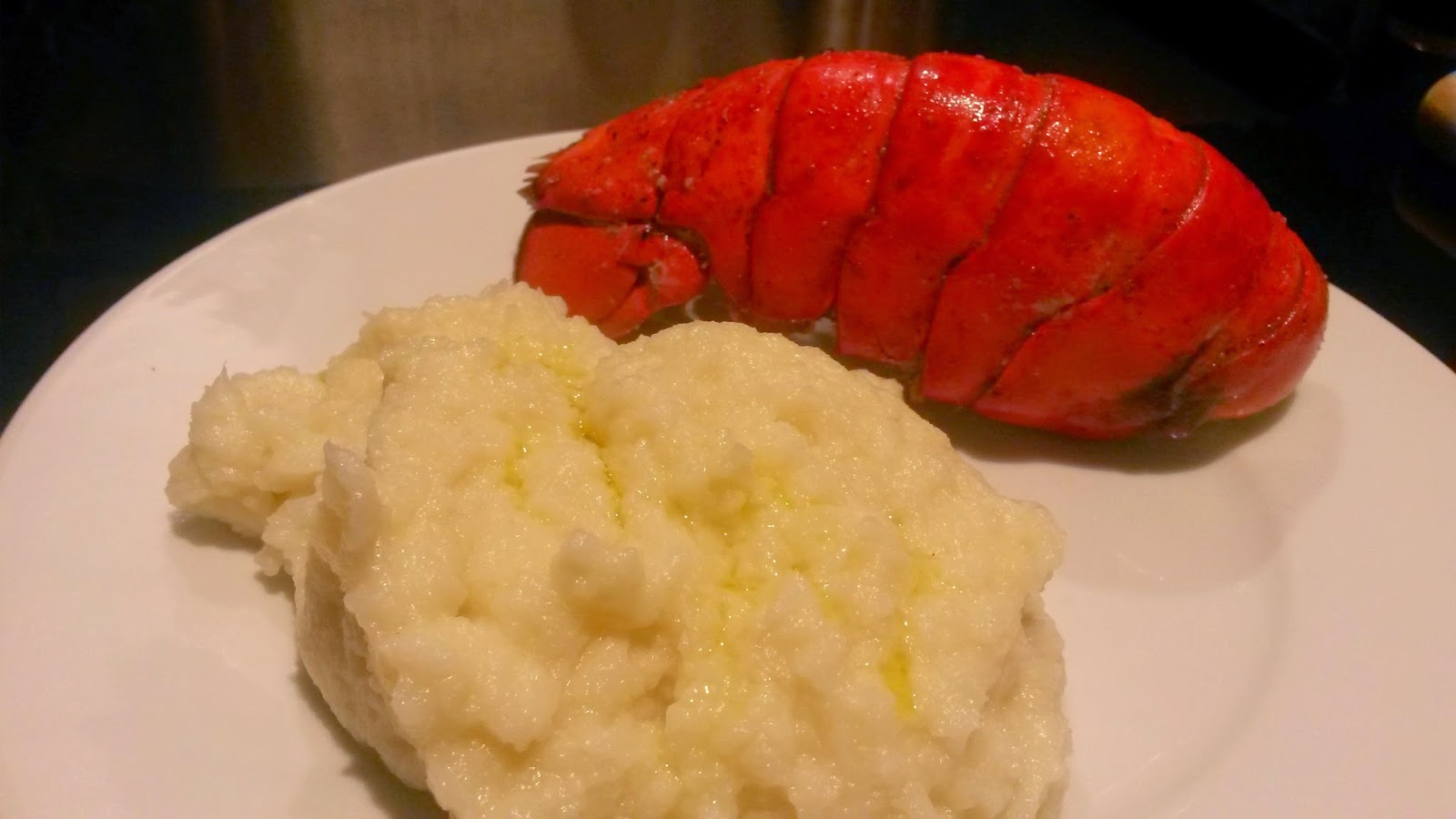 Kale "Wedge" Salad
Serves 2
Broil proscuitto for 3-4 minutes per side, until crispy. Keep an eye on them to make sure they don't burn! 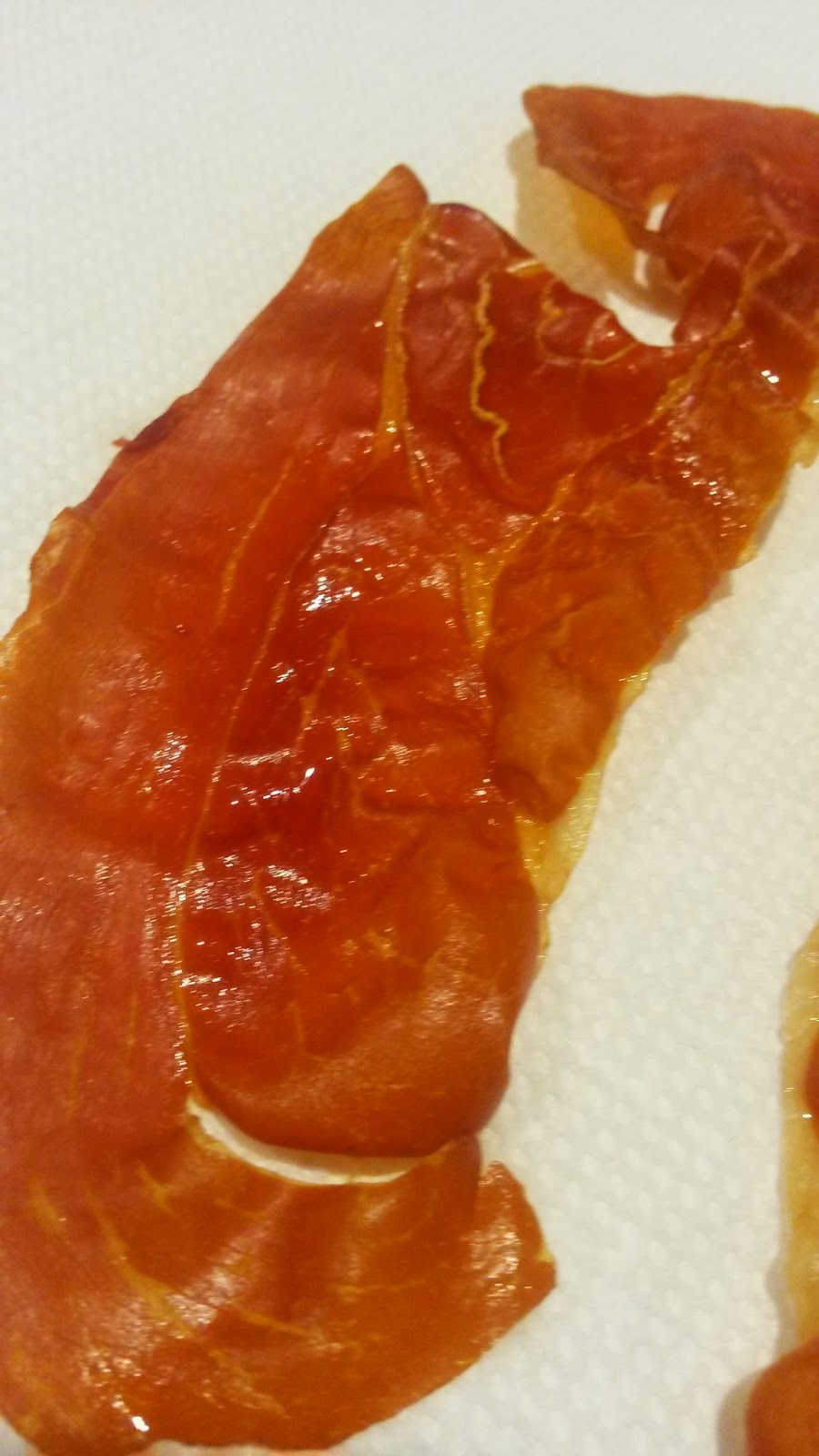 In a large bowl, mix kale and dressing. 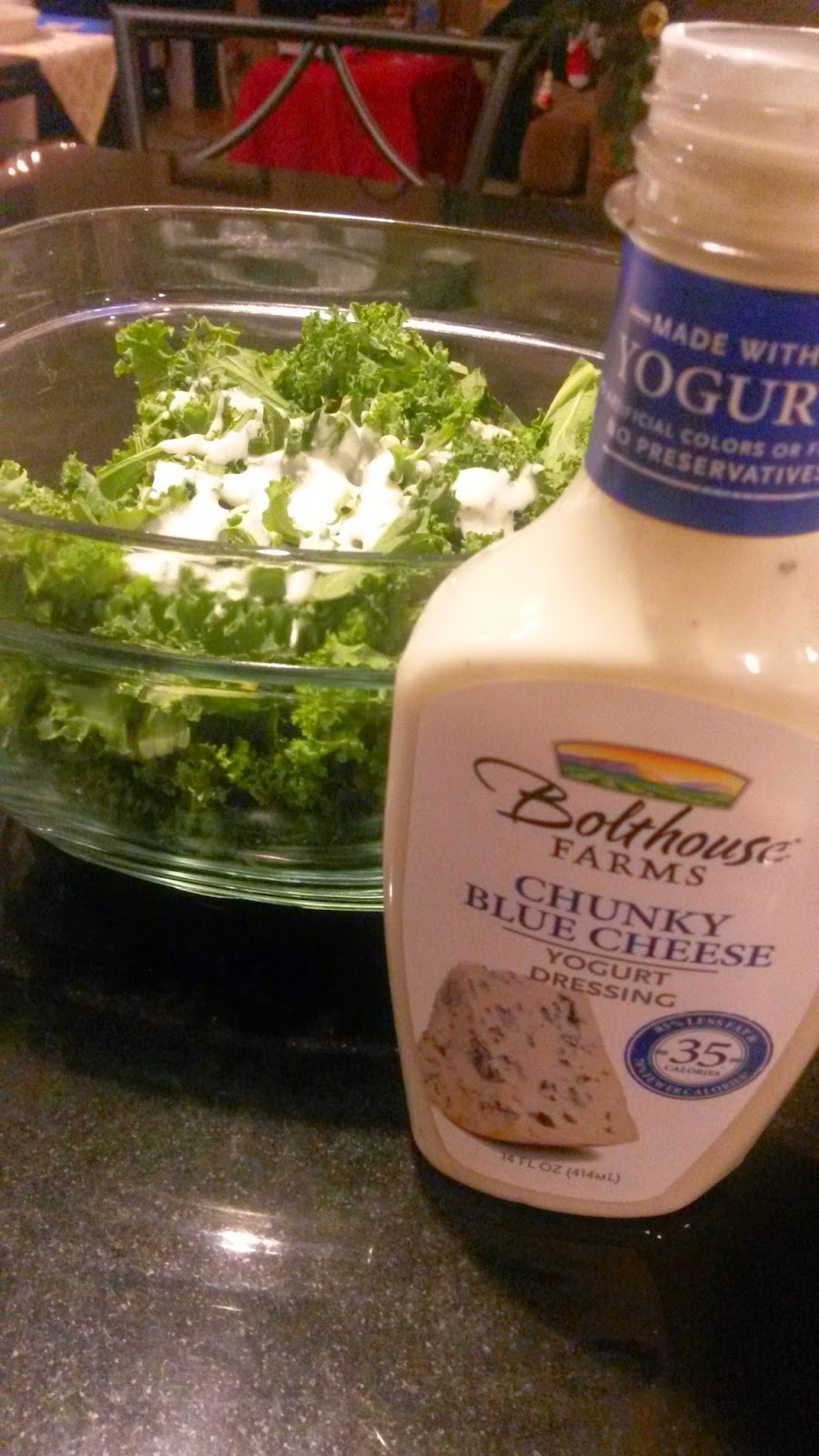 Toss to coat. Separate into 2 serving bowls. Crumble half of one of the prosciutto slices over each bowl. Sprinkle 1 oz chopped blue cheese in each bowl. 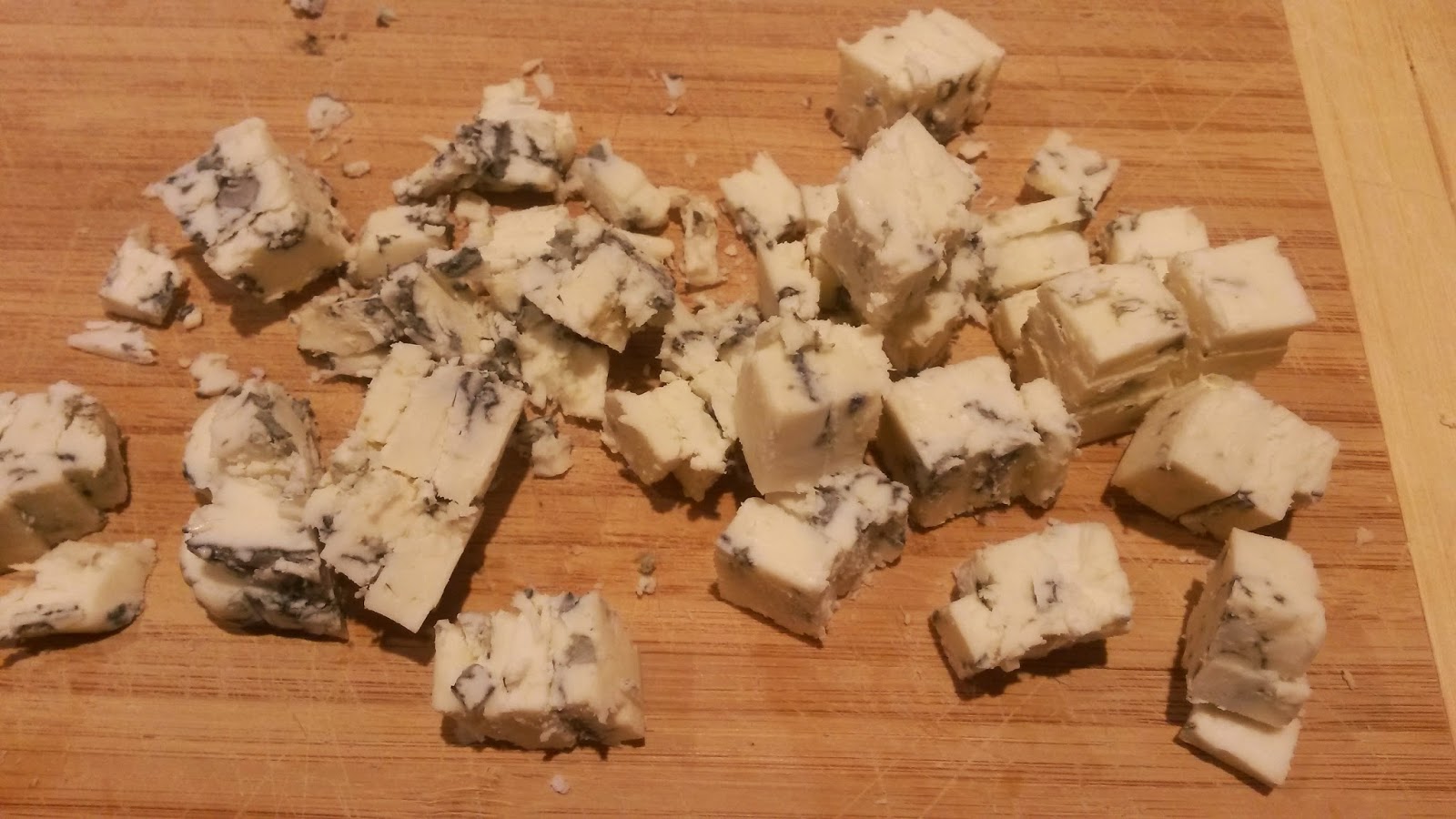 Slice tomatoes in quarters and add 2 tomatoes to each bowl. 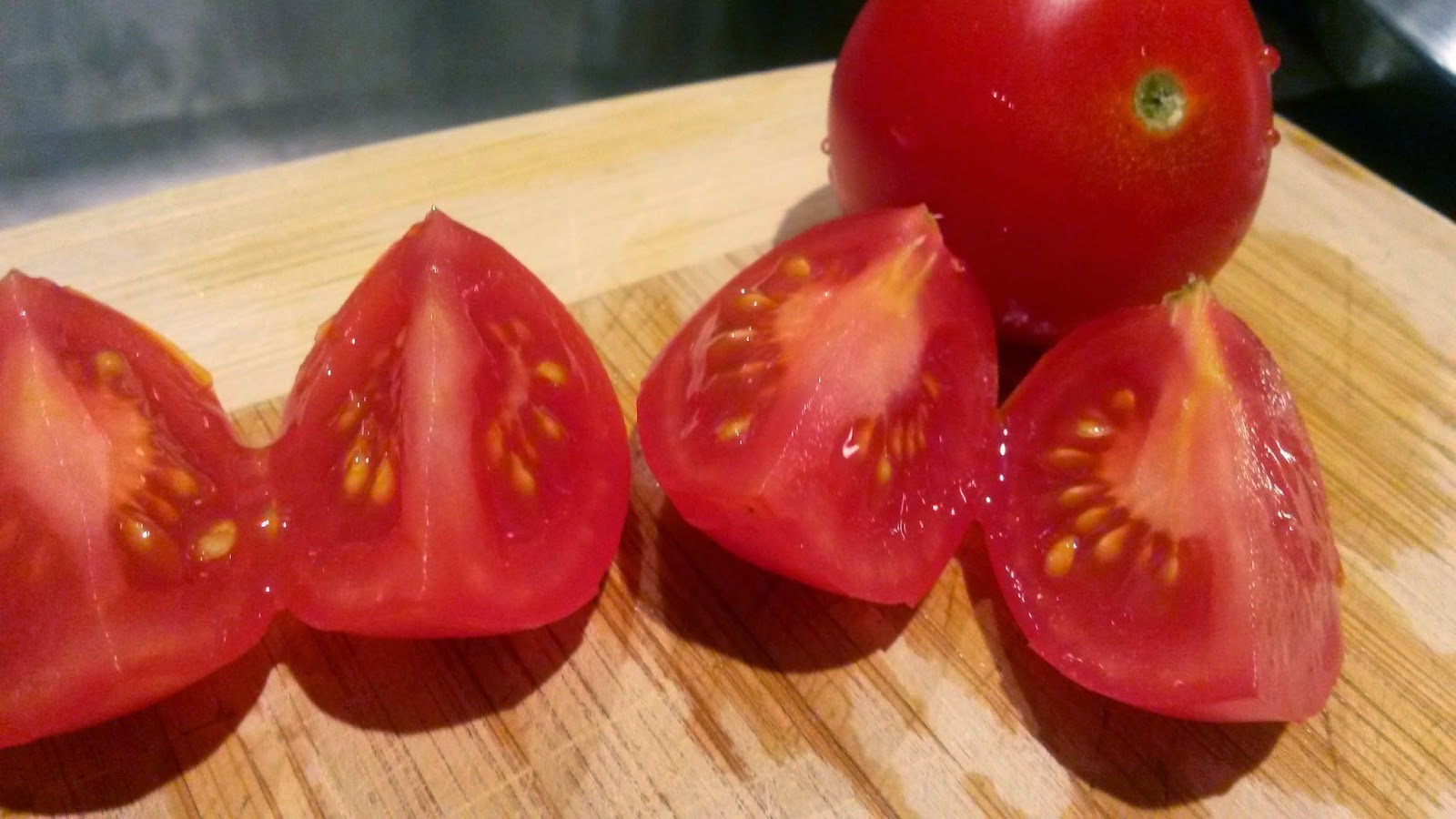 Top with a whole crisped prosciutto slice for presentation. 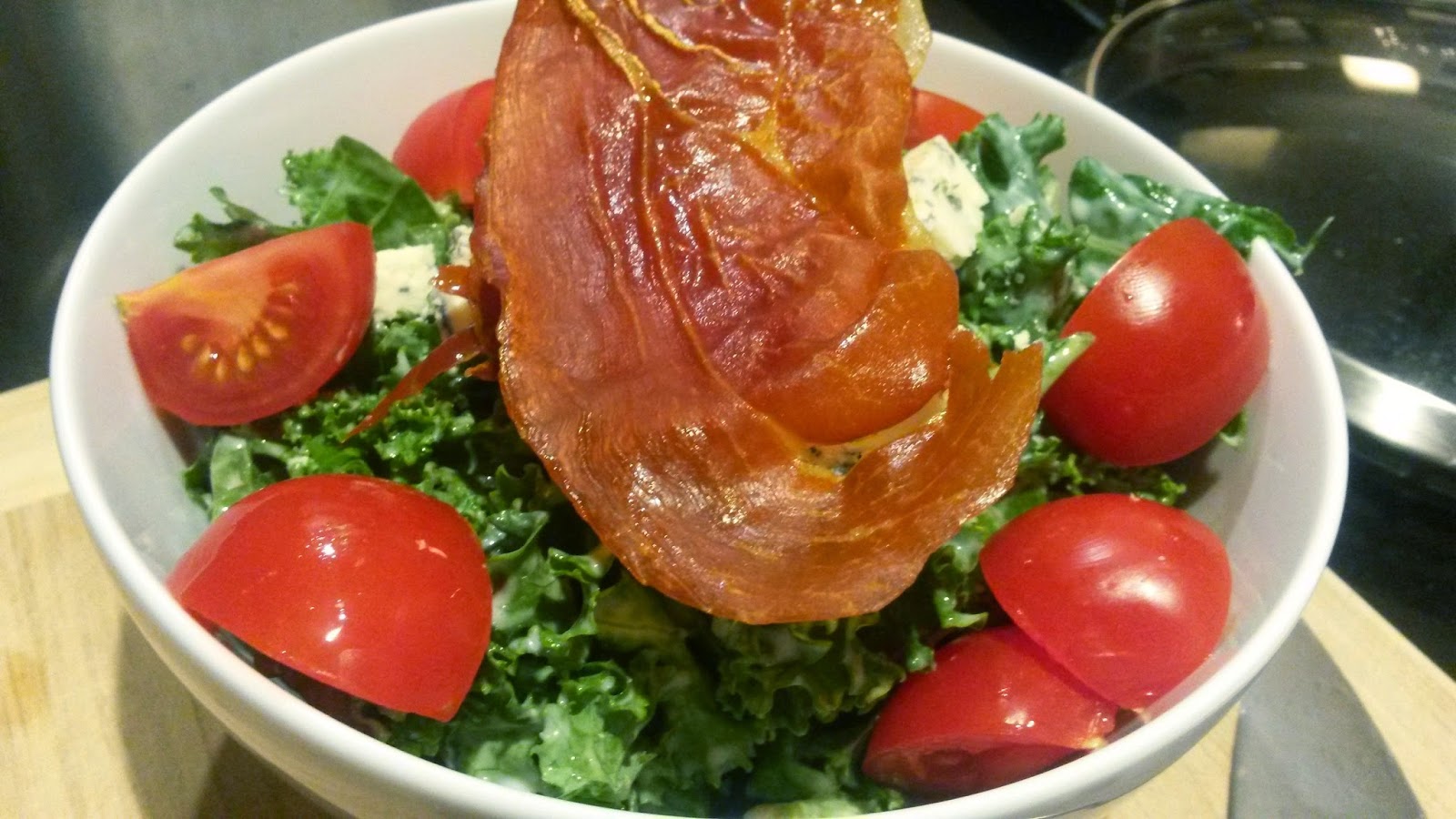 I took the month of November off from posting to get married! I'm now (mostly) officially Meghan Stevens. It turns out that it takes a couple of months to make that name change, but I can officially use the name now! My new husband has been working super hard to catch up after taking some time off for our wedding and mini-moon, so I decided to treat him to a weeknight date night with a Steak House Dinner at Home. This one includes a few elements, but each of them are really very easy: blue cheese crusted steak, grilled asparagus and truffled mashed potatoes. Most of the prep work can be done in advance, so the dinner will come together quickly at the end of a long work day.


Rub steaks with salt and pepper. Allow to rest at room temperature for at least 20 minutes. 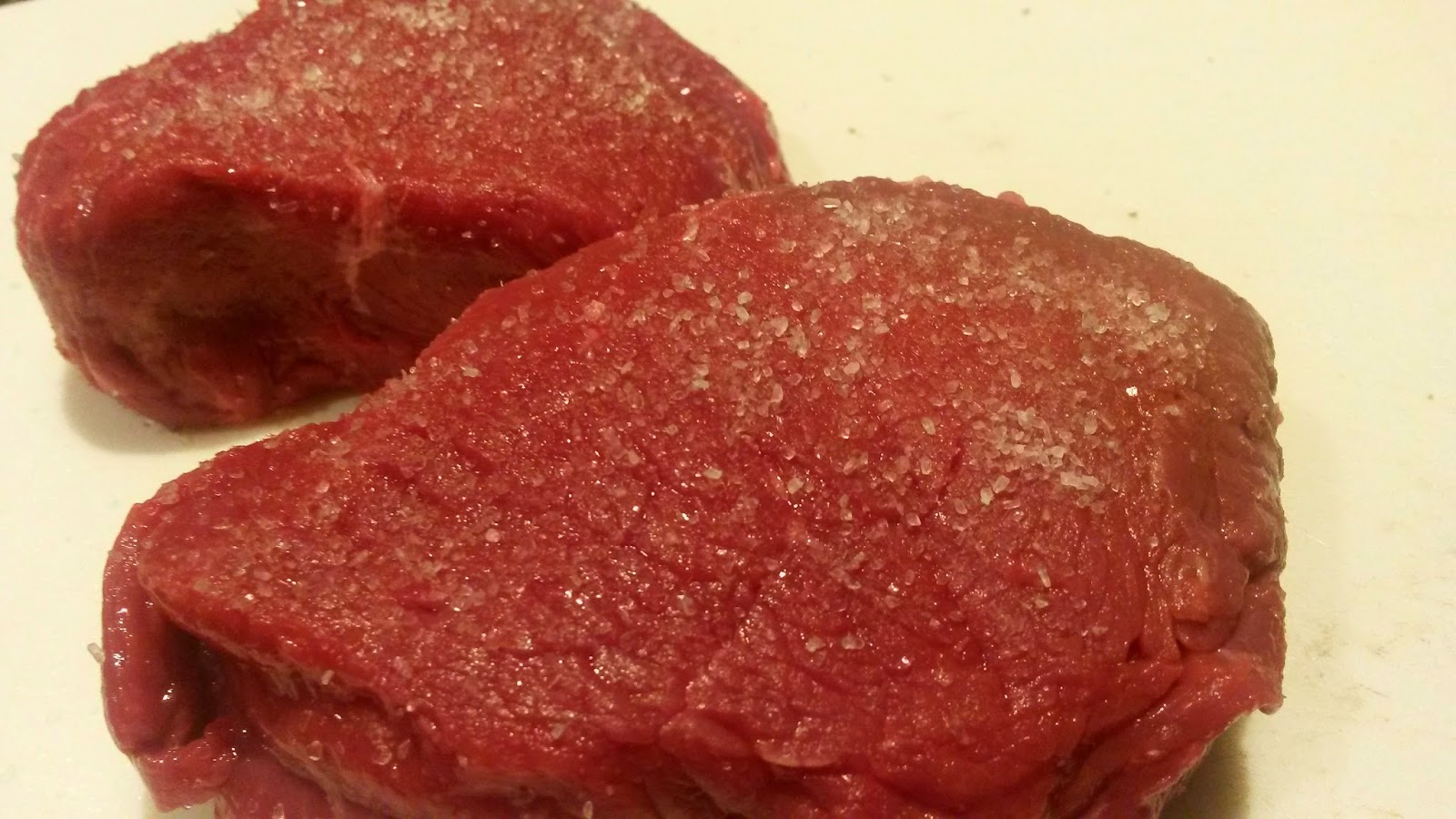 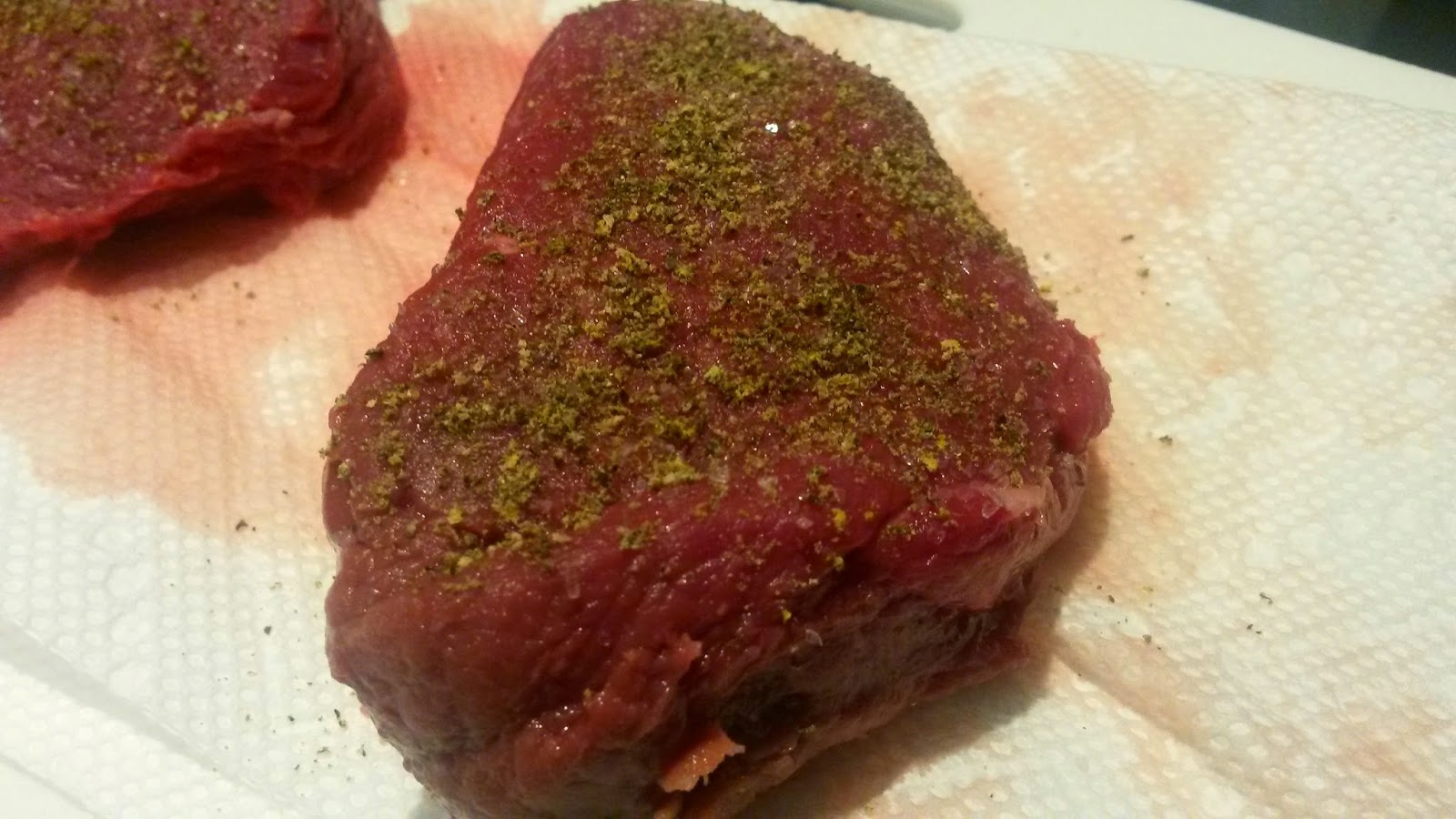 Place steak on skillet and broil approximately 4-5 minutes. Flip steaks and broil 4-5 minutes more, topping with sliced cheese for the last minute, until steaks have reached desired temperature. Allow to rest at least 4 minutes before serving. 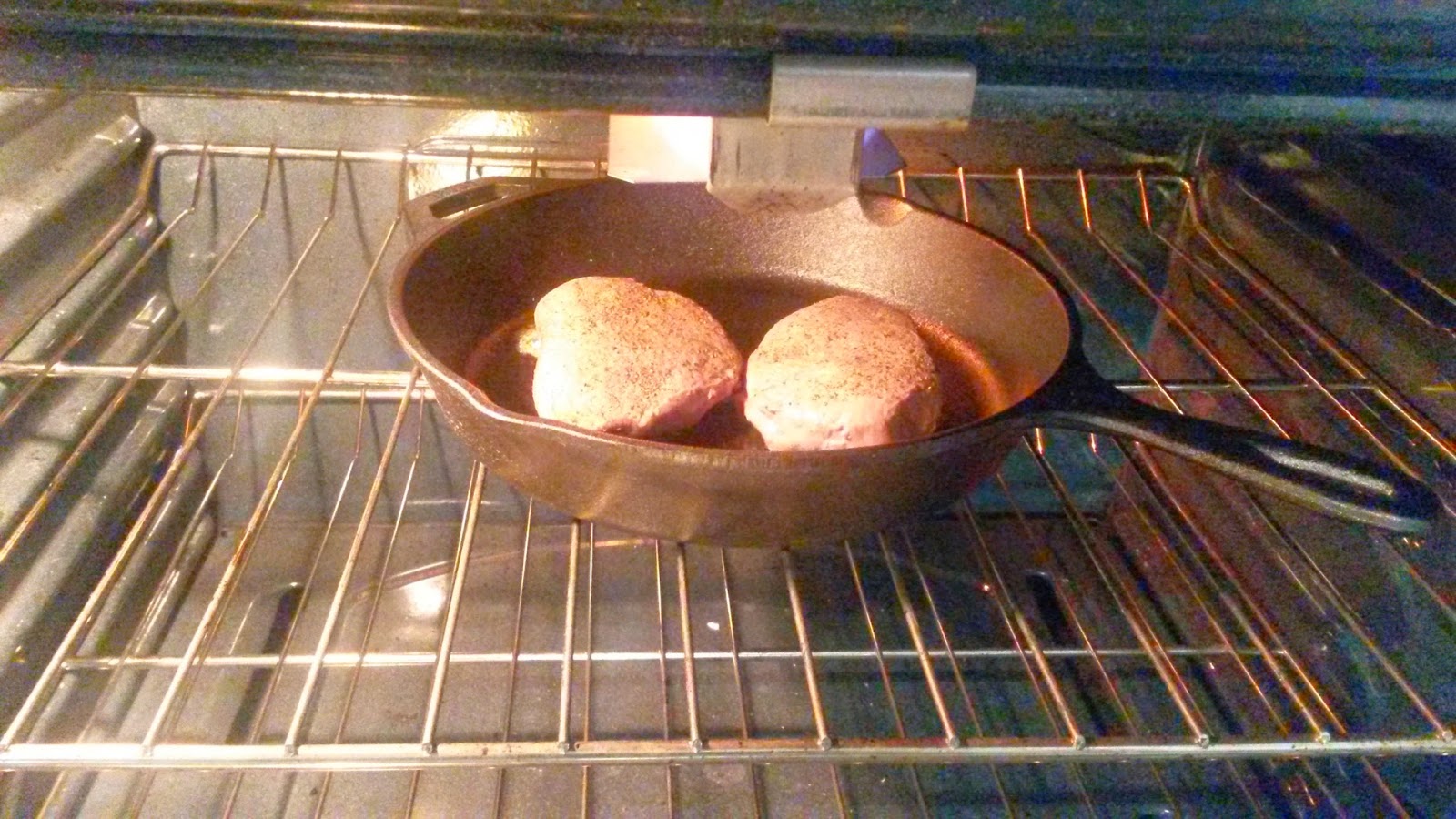 Grilled Asparagus
Cut off the bottoms of the asparagus. 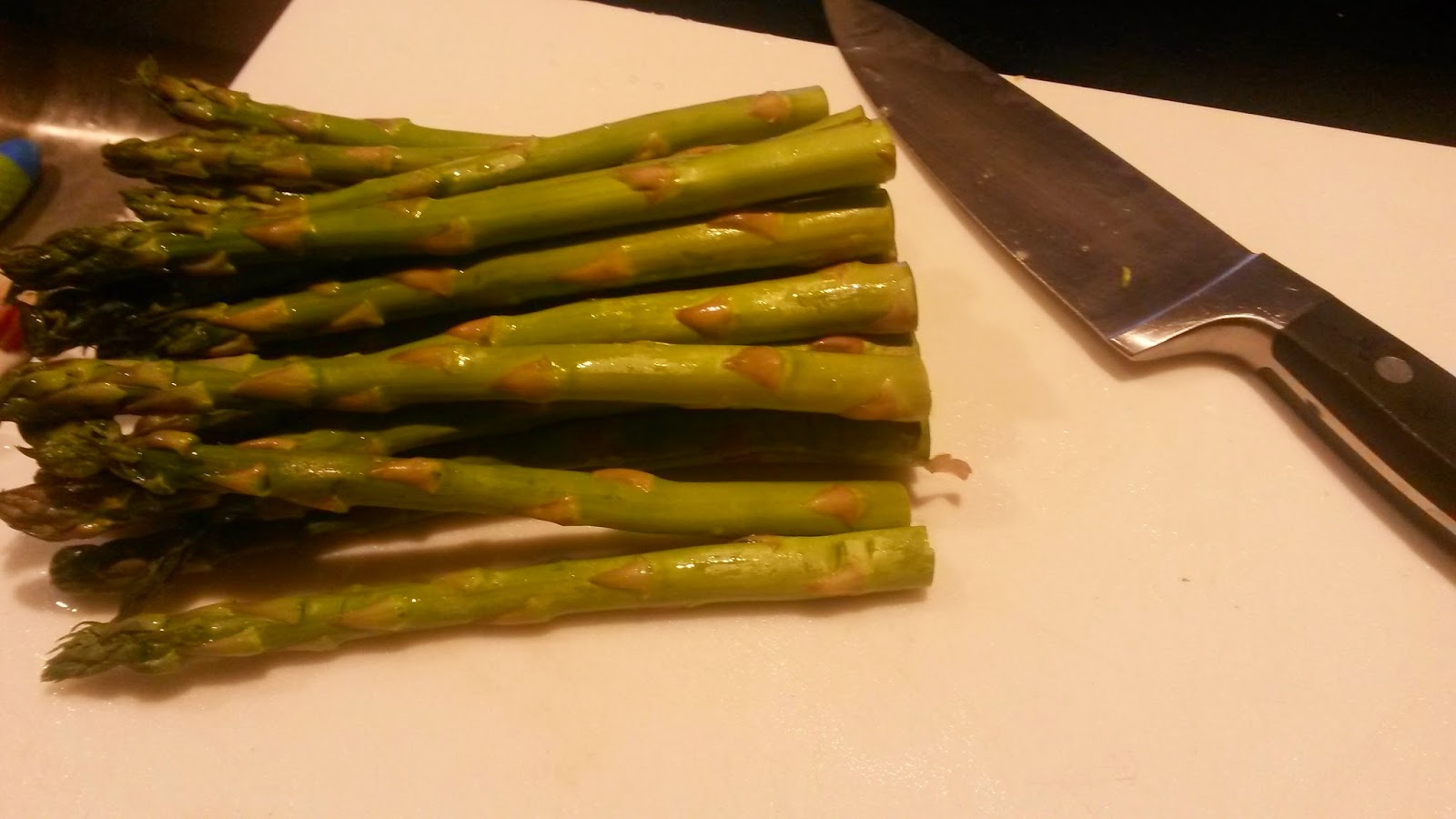 To prepare the asparagus in advance, bring a large pan of water to a boil. Add a tsp of salt to the water. Add asparagus and cook until bright green, approximately five minutes. 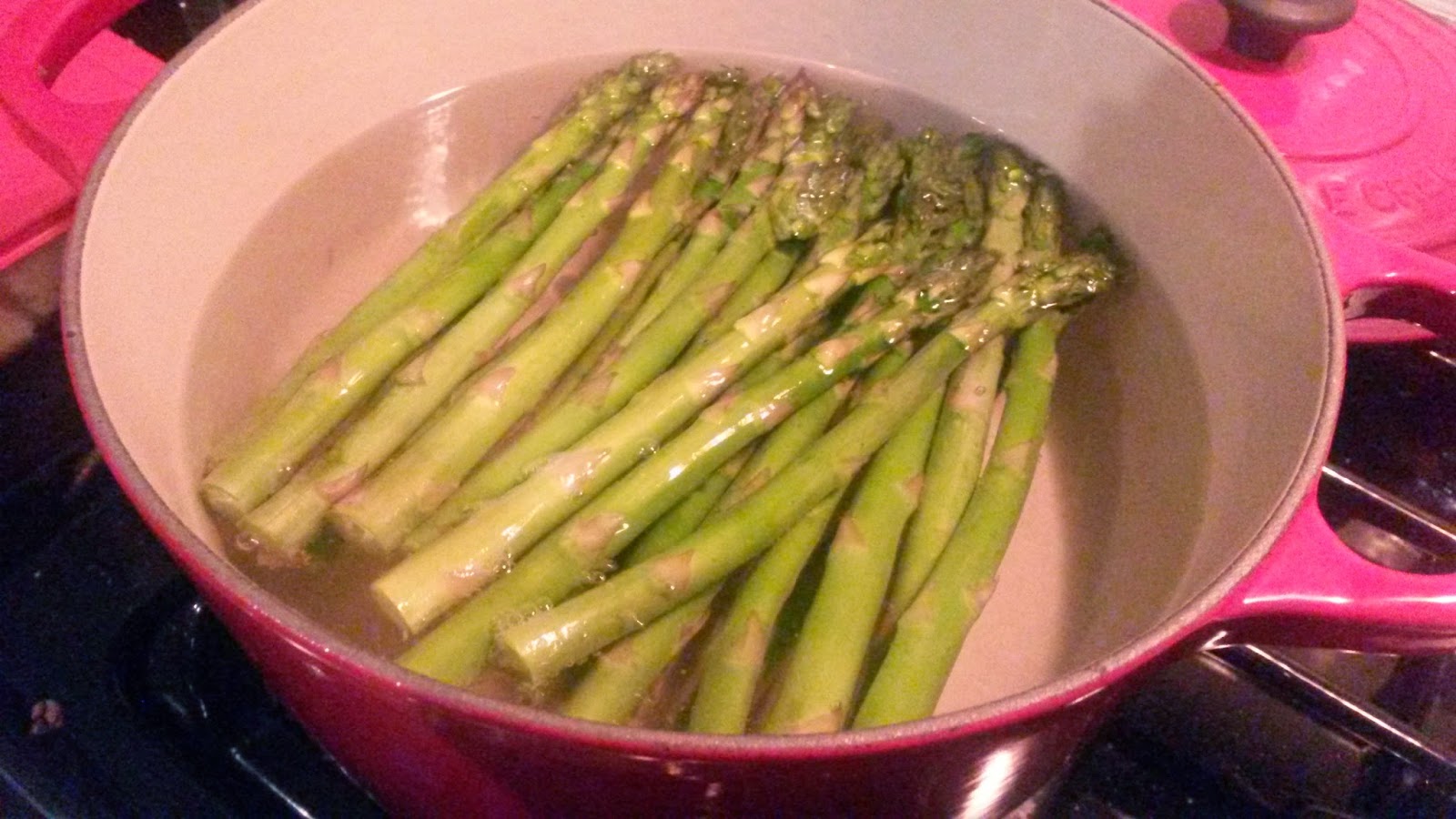 Remove asparagus from water, drain and cool. Set aside to grill later. 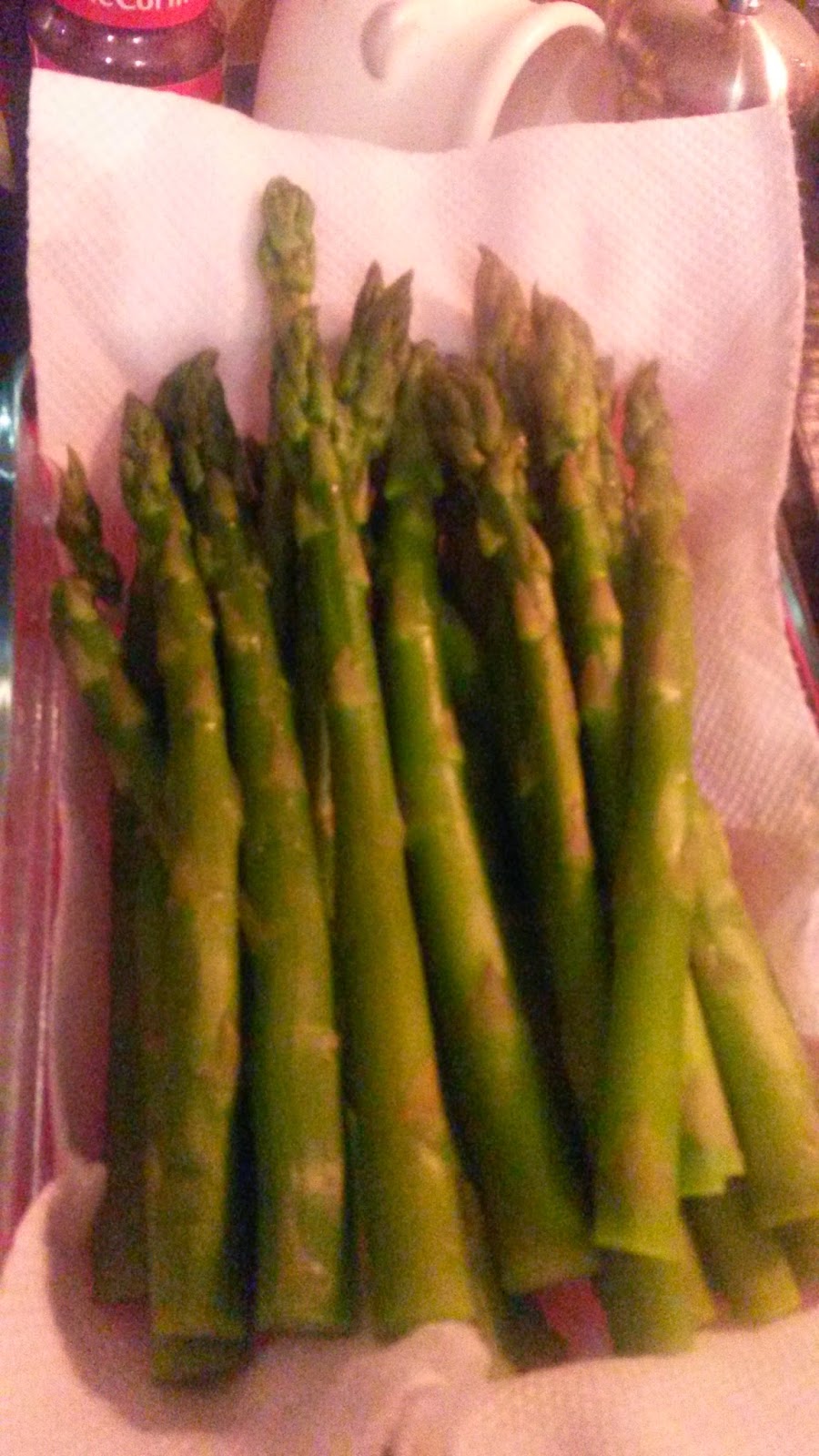 To prepare the asparagus just before the meal, you can skip the boiling step. Toss asparagus in olive oil. Sprinkle with salt. Preheat grill to high. 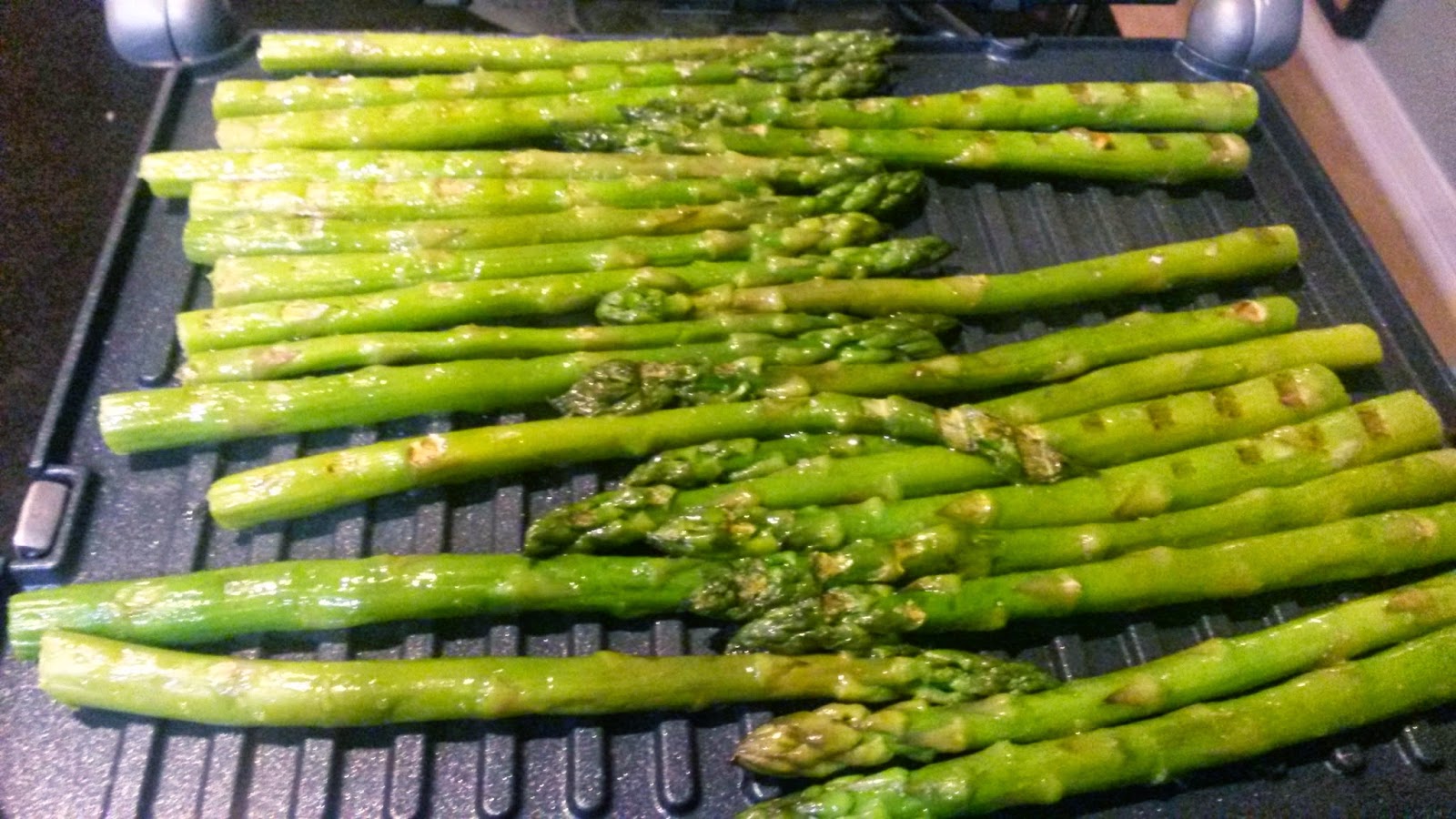 Cook asparagus on the grill until charred on the outside and tender in the middle just before serving.


Peel and chop potatoes. (Usually, I leave the peels on, but I find that the skin can interfere with the experience in truffled potatoes.) 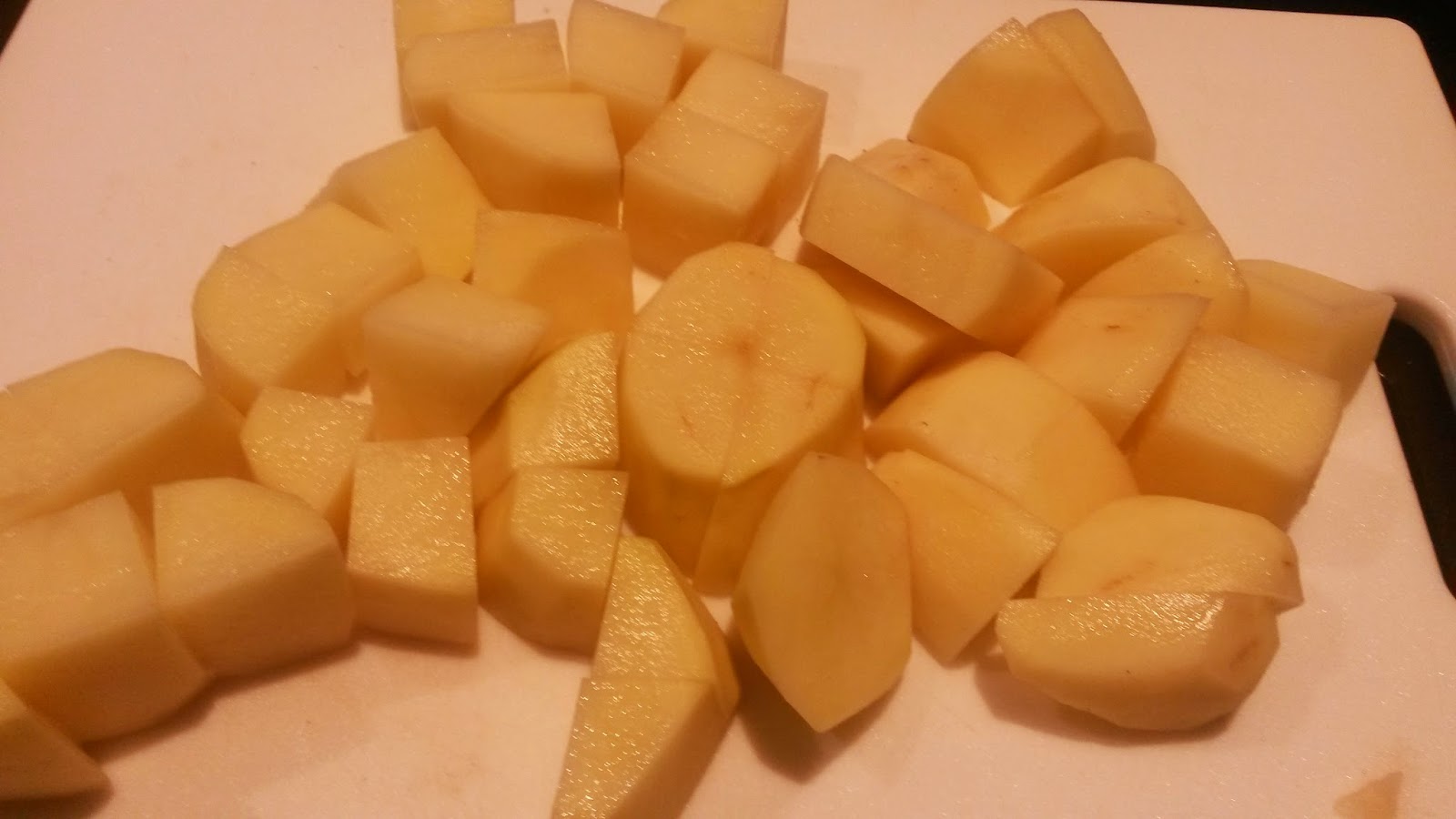 Add chopped potatoes and 1 1/2 tsp truffle salt to a medium pot of water. Bring to a boil with potatoes in the water. Boil for 20 minutes, until potatoes are soft. 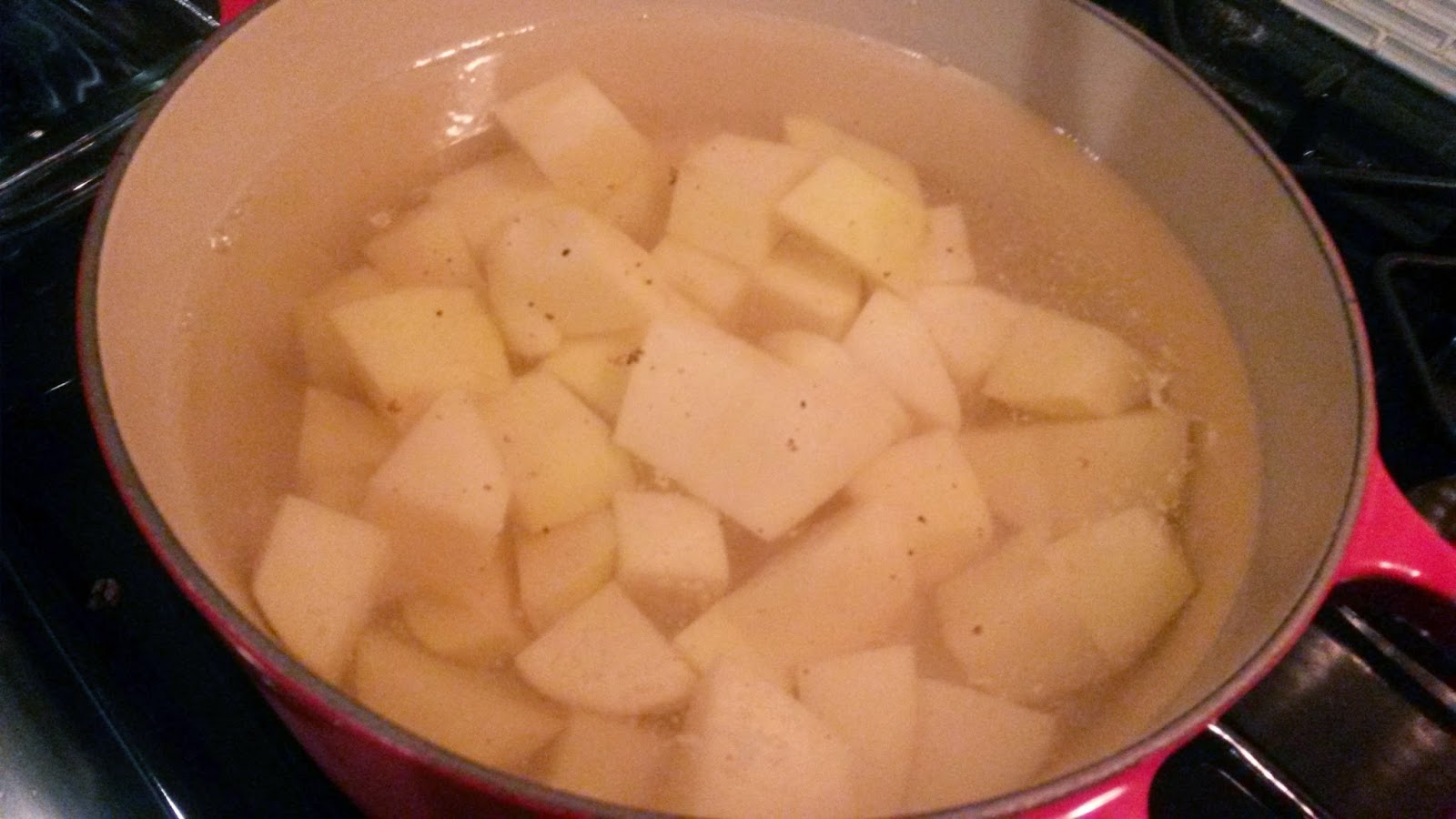 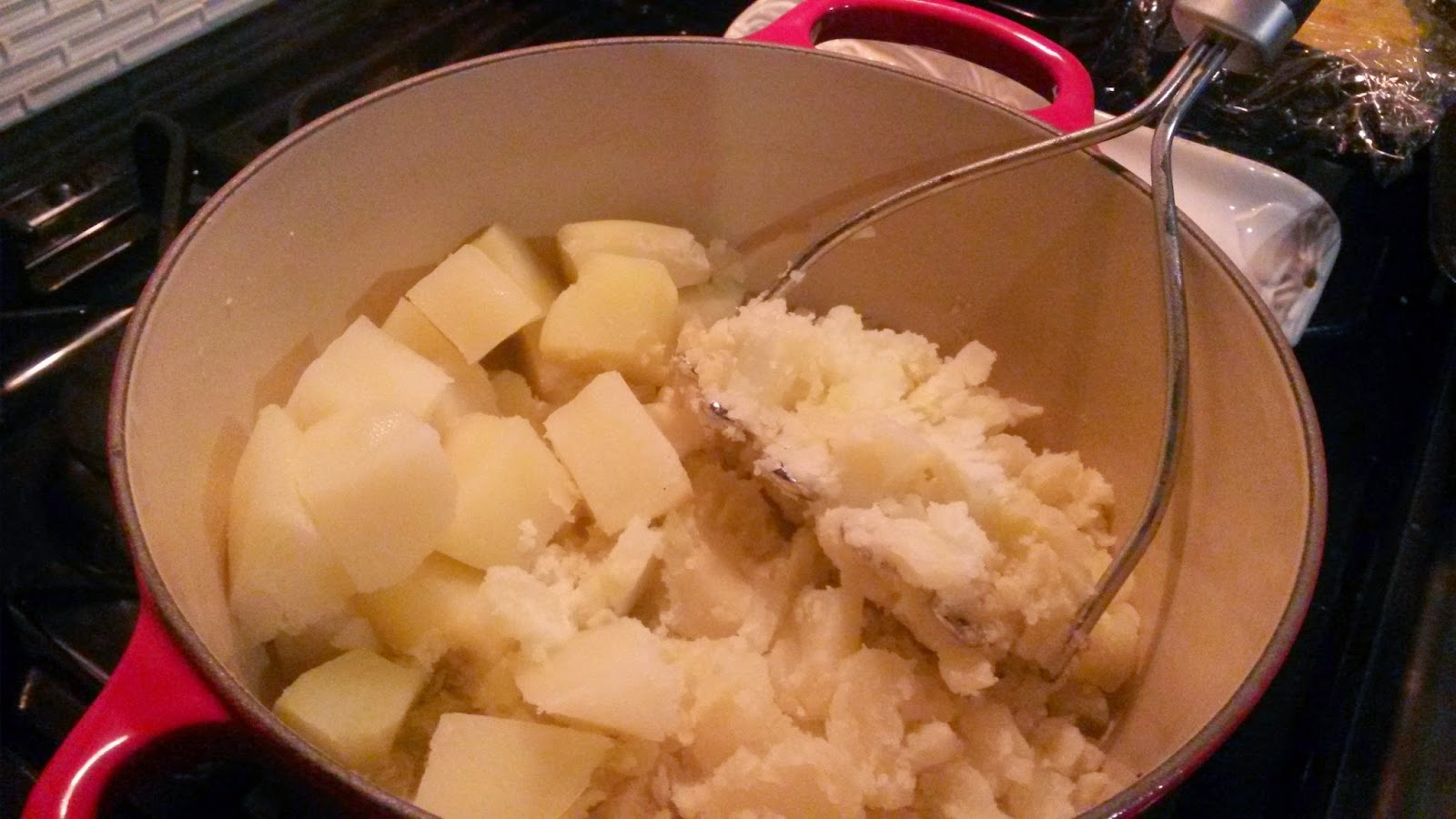 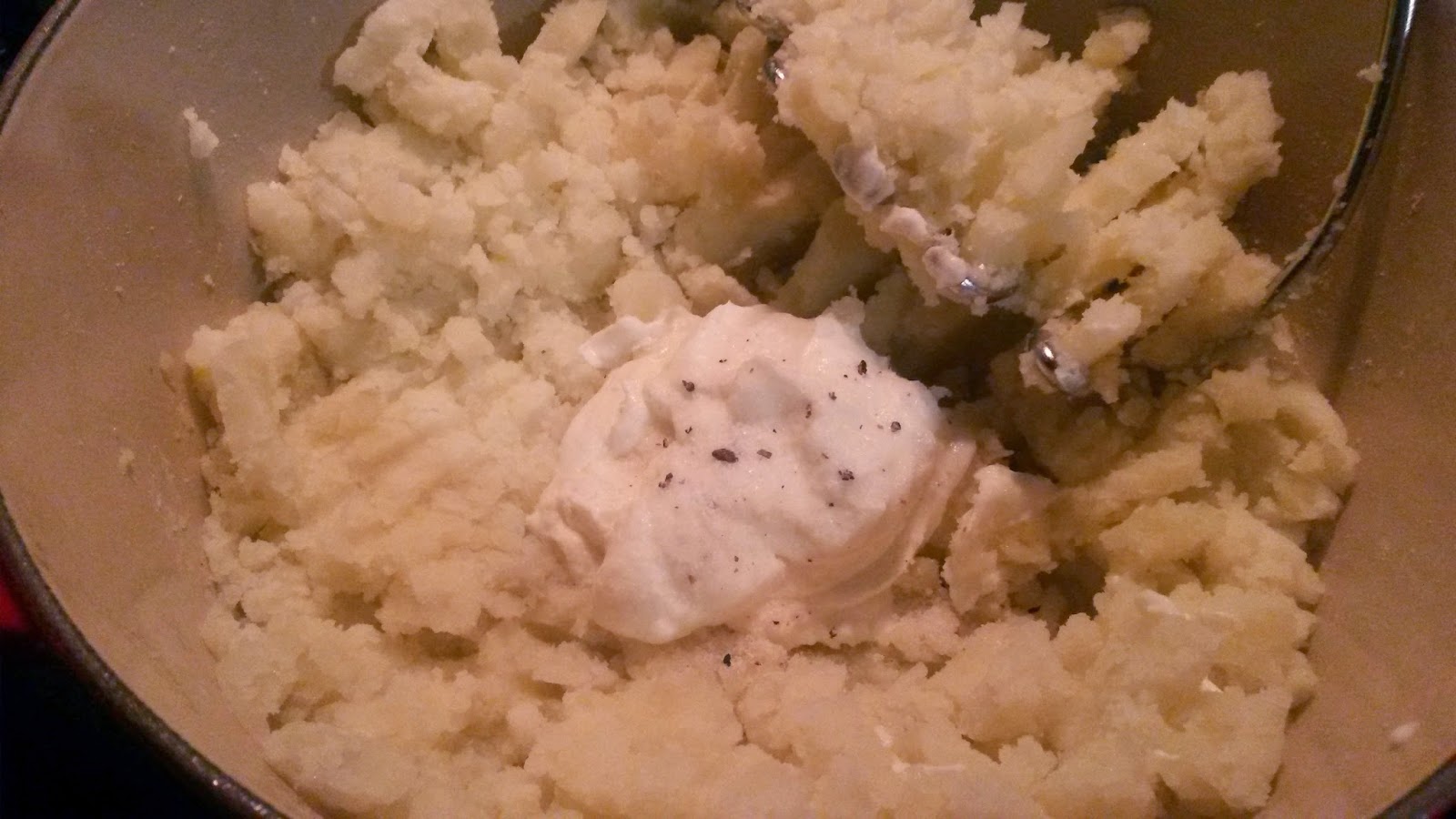 This whole recipe can be made in advance and reheated on the stove or in the oven just before dinner. If reheating, mix in another two tbsp of sour cream or 1 tbsp milk prior to reheating to avoid drying out the potatoes.