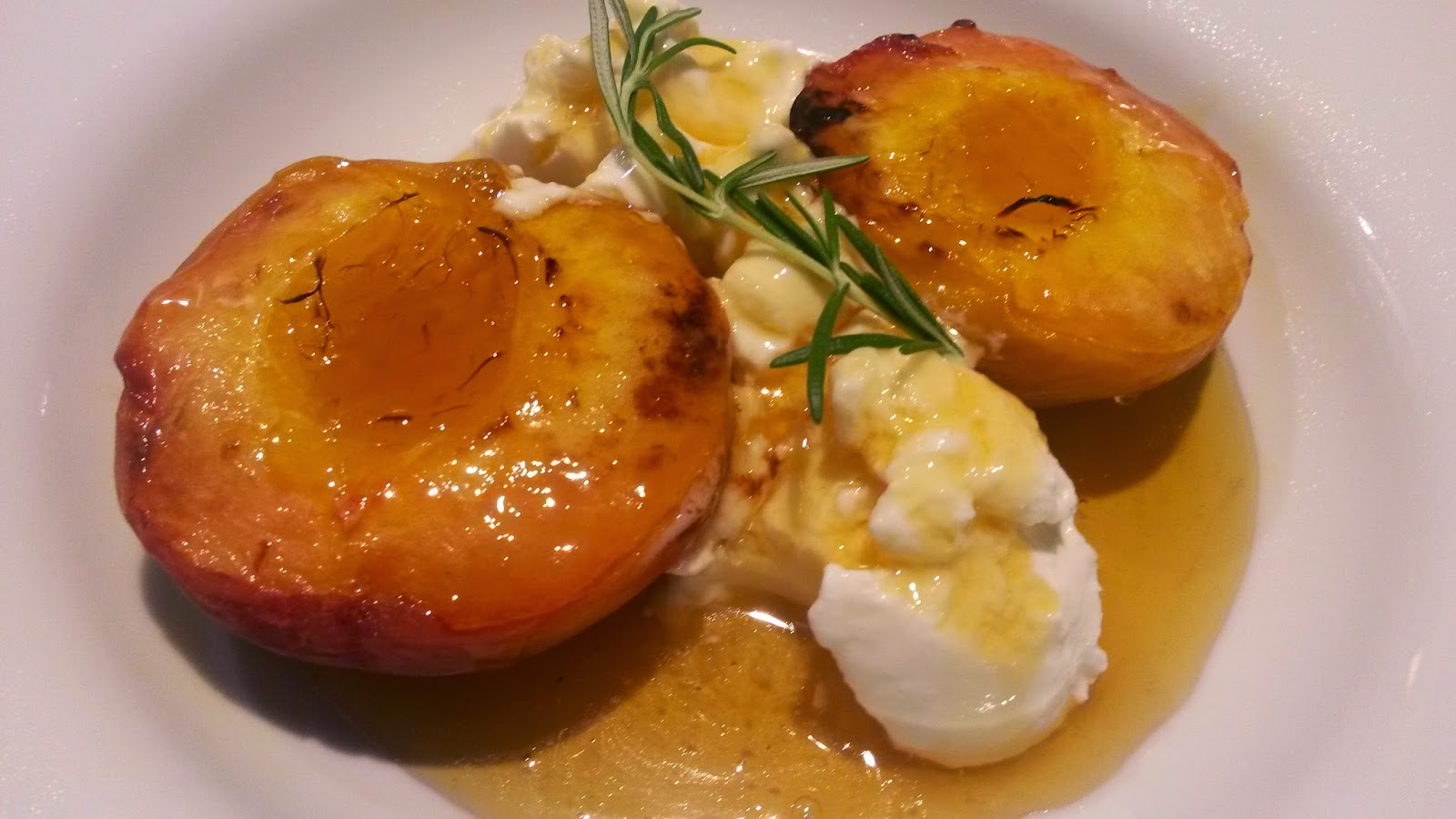 I can only have Peach Cobbler so many times before I just want something different. For this dessert, I wanted something a little lighter, and I really wanted to let the flavor of the peaches shine through. You could broil them as I did, or you could easily grill them instead. You'd get a nice smoky element that way, but, living in NYC, we don't have a grill so the oven works just fine. The rosemary adds a rich flavor, and the caramelized peaches and honey are so sweet that this dish goes better with a plain fat free Greek yogurt than ice cream. The tartness of the yogurt adds one more level of complexity to the flavor of this dish. Plus, it looks quite pretty when you serve it.


Heat honey and rosemary in a small saucepan over low heat for about 15 minutes, stirring frequently, until honey is very runny and you can smell the rosemary. Be careful not to let it get too dark.

Meanwhile, turn on broiler. Slice peaches in half and remove pit. Brush cut-side of peaches with melted butter or spray with butter cooking spray. Place in pan under broiler. Broil for about 5 minutes, or until tops of peaches are just starting to turn golden.

Serve each peach with 1/4 c yogurt drizzled with a few tbsp of honey. Garnish with a fresh rosemary sprig.