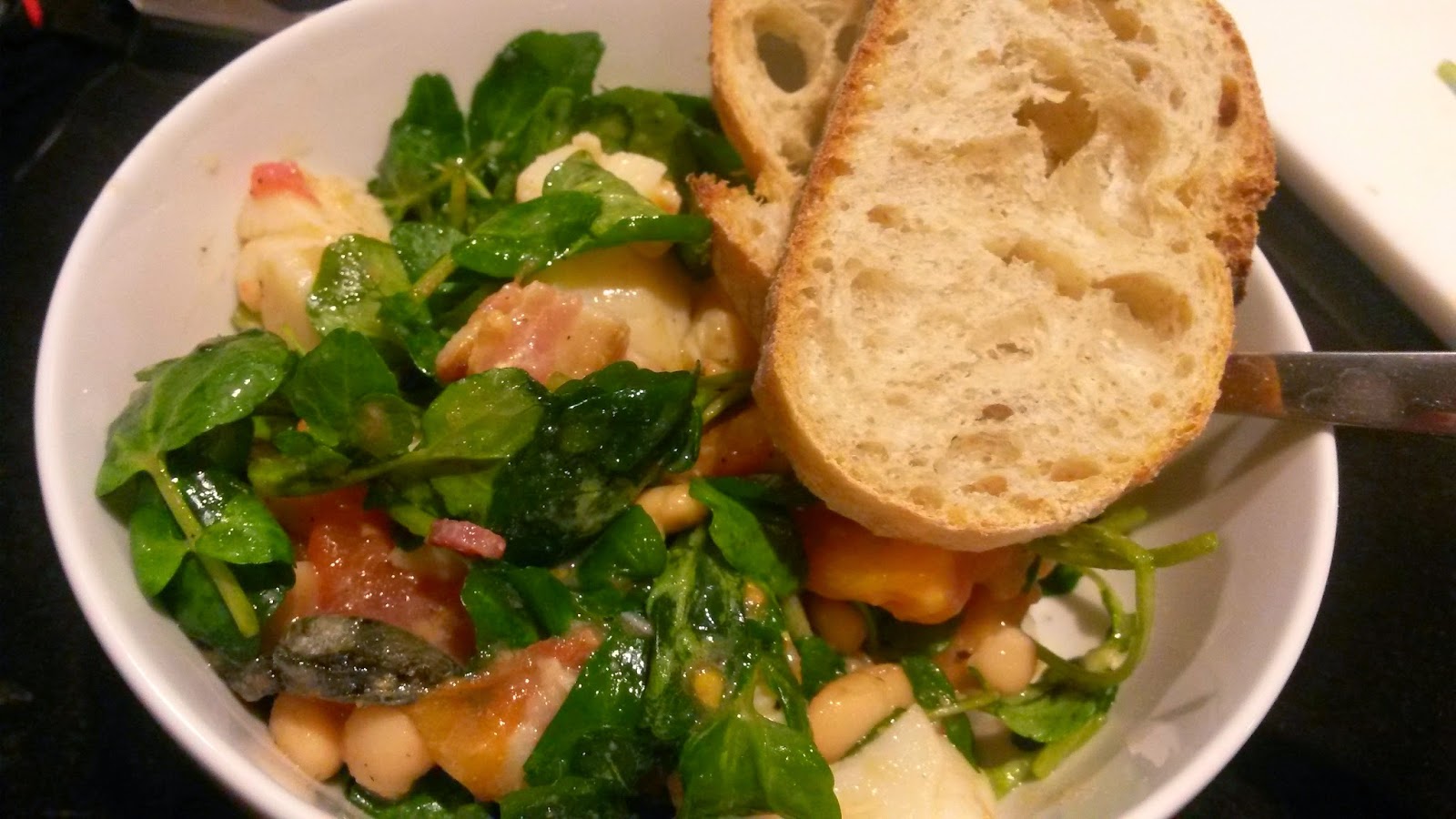 This recipe is a riff on a Tyler Florence recipe that was originally made for me by my good friend, the talented and beautiful Britt Conway. Whenever I'm craving comfort food without the heavy weight of cheese and guilt, this is my go-to recipe. It's like a giant snuggle for your belly on those cold winter days - really perfect for today - the Blizzard of 2015...that turned out to be way over-hyped here in NYC. We had enough snow for a fun romp in the park with our dog this morning, but the 7 or so inches we ended up with is significantly less than the forecasted 2 feet. I was really looking forward to some snowshoeing in the park, but the snow just isn't quite deep enough to make it really fun.

I love how versatile this recipe is. The original recipe calls for shrimp, but I often make it with scallops instead. (We have some shrimp allergies in my family, so this swap is very useful!) I couldn't find arugula at the store, so I used watercress. You could also substitute spinach in a pinch, but I think the peppery flavor of arugula or watercress really adds to the appeal. The vinegar is also flexible. It's great with red wine vinegar, but since I didn't have enough, I used apple cider vinegar - still delicious. You can also make this without the bacon for your pescetarian friends, but I think the bacon really adds great depth.

Preheat the oven to 350 degrees.Arrange the scallops in a single layer on half of a large baking sheet. Drizzle the scallops with olive oil, and season them with salt and pepper. Spread the bacon slices on the other half of the baking sheet and layer the sage leaves over the bacon. 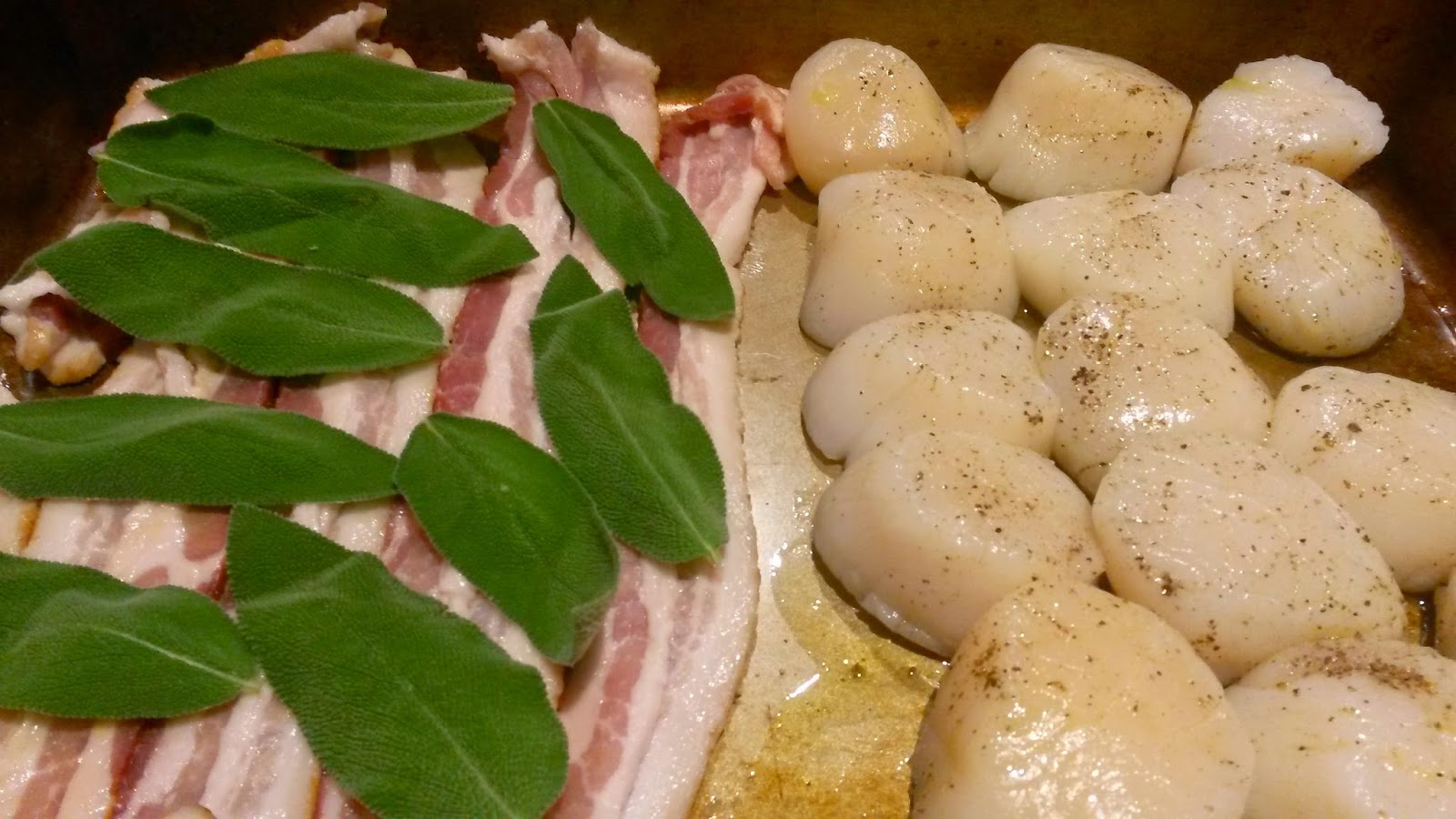 On another baking sheet, drizzle the tomatoes with olive oil and season with salt and pepper. 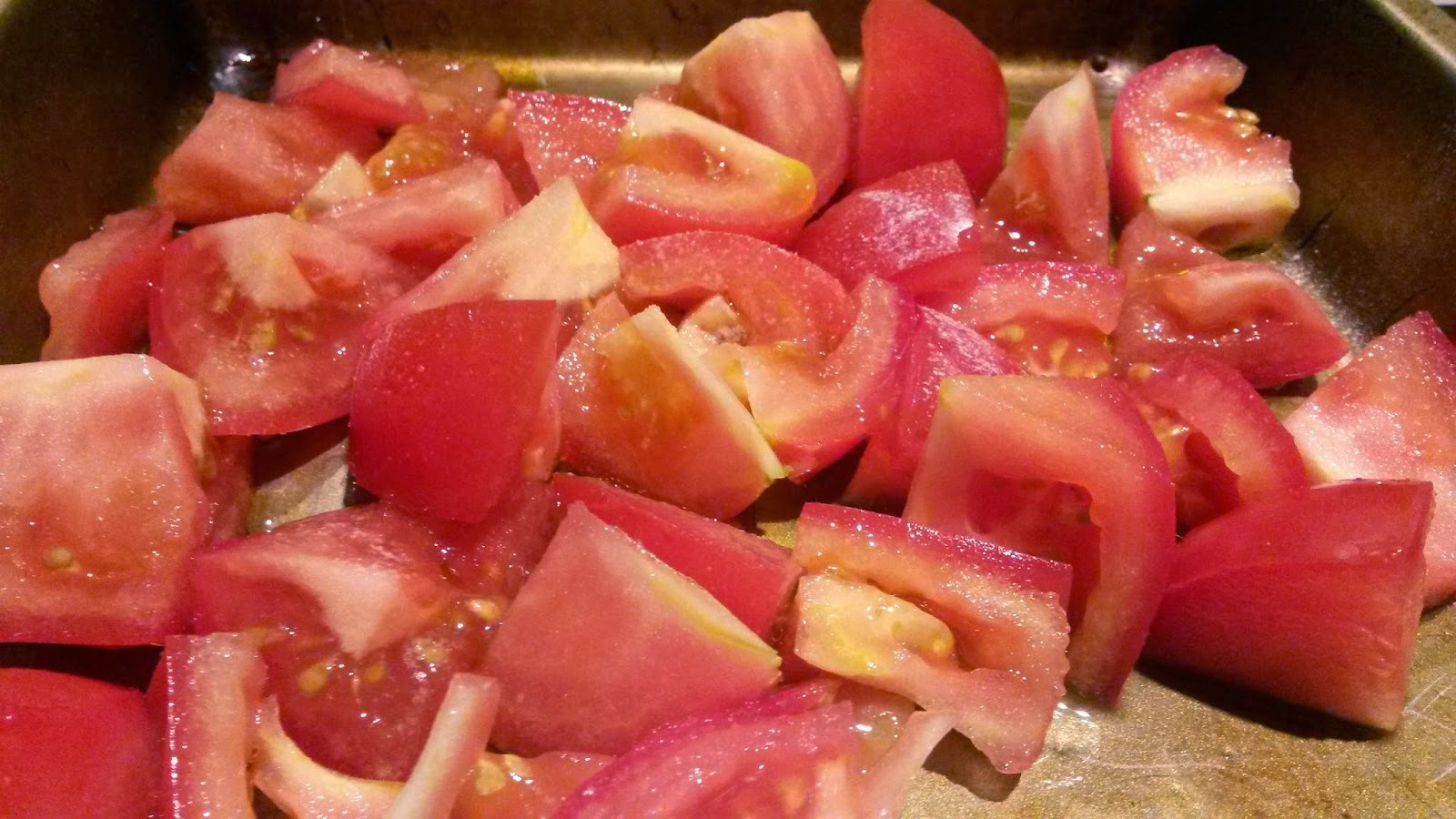 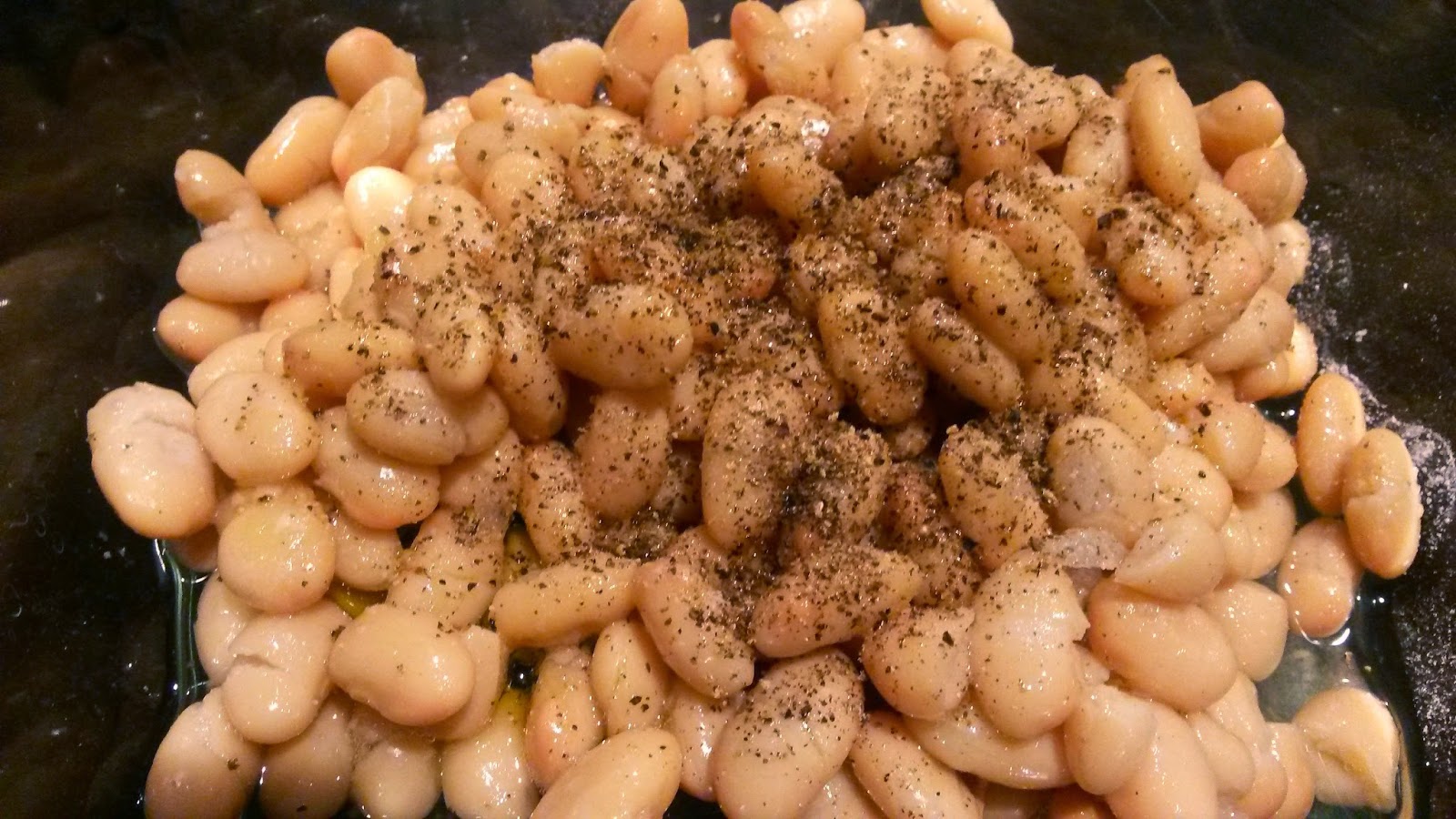 Scrape the tomatoes and juices in the bowl and toss to mix with the beans. Crumble bacon and sage and scrape into the bowl. Cut the scallops into bite size pieces and add to the bowl. 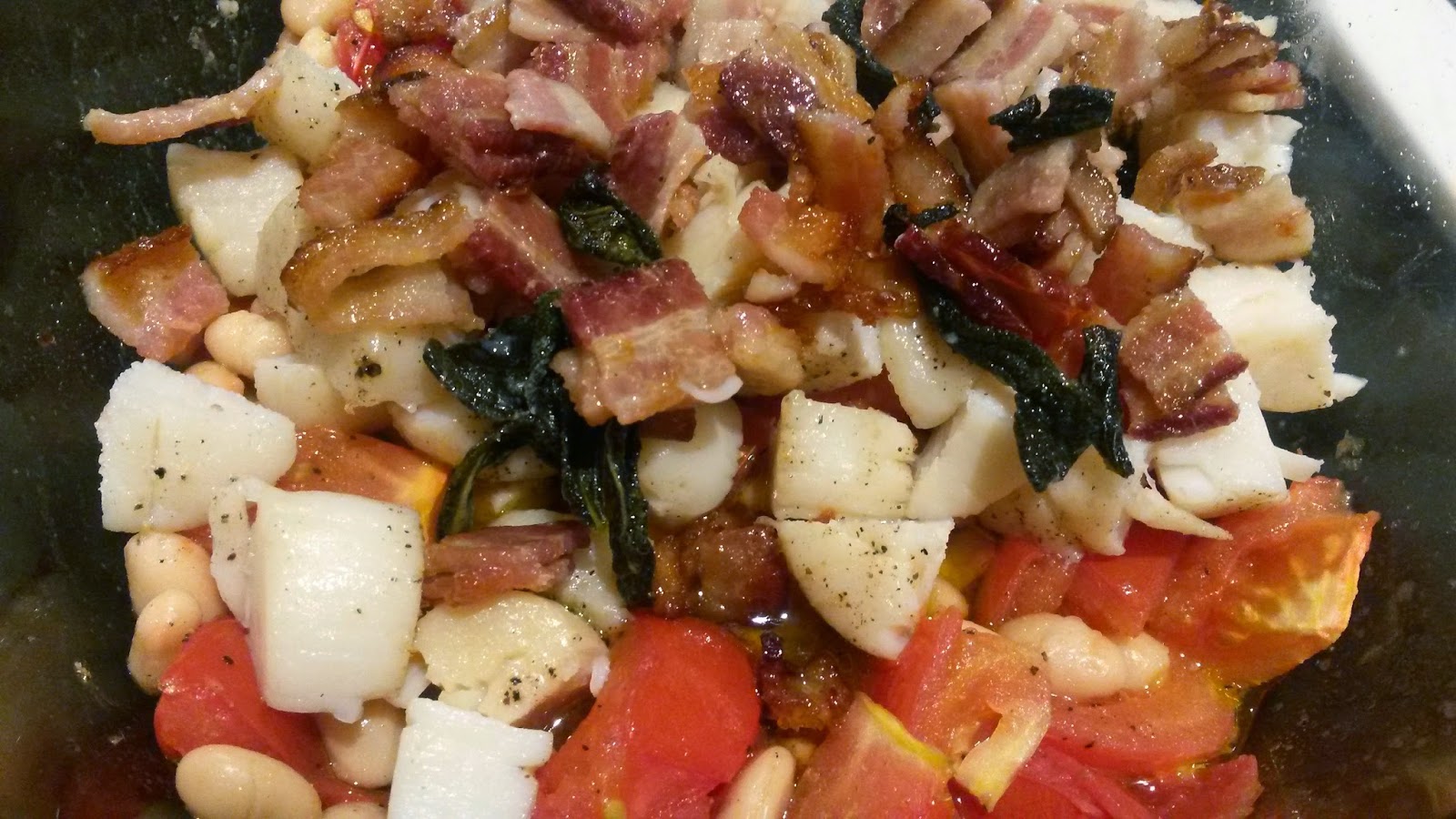 Add the watercress and toss. Season with additional salt, pepper and olive oil as needed. 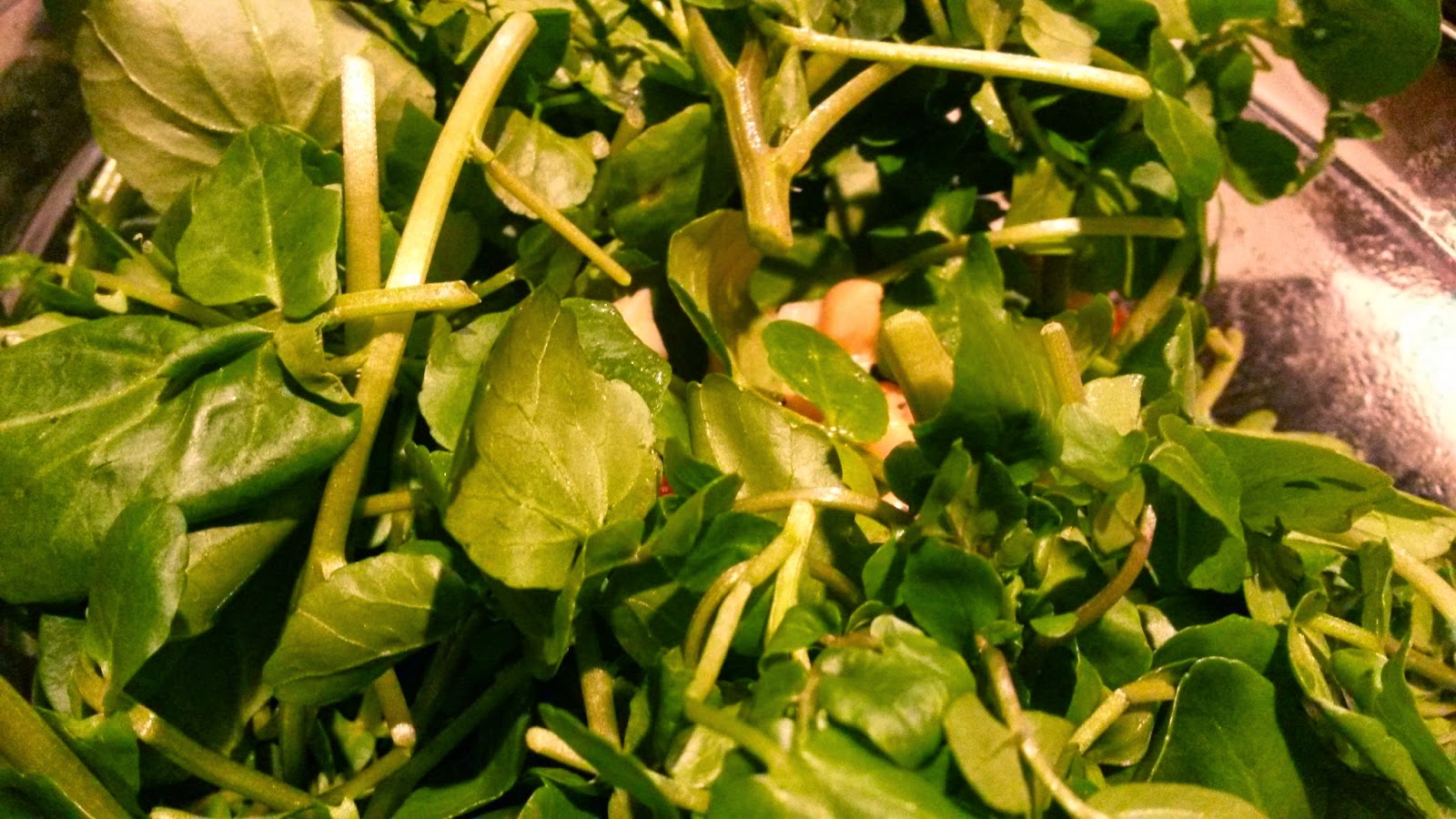 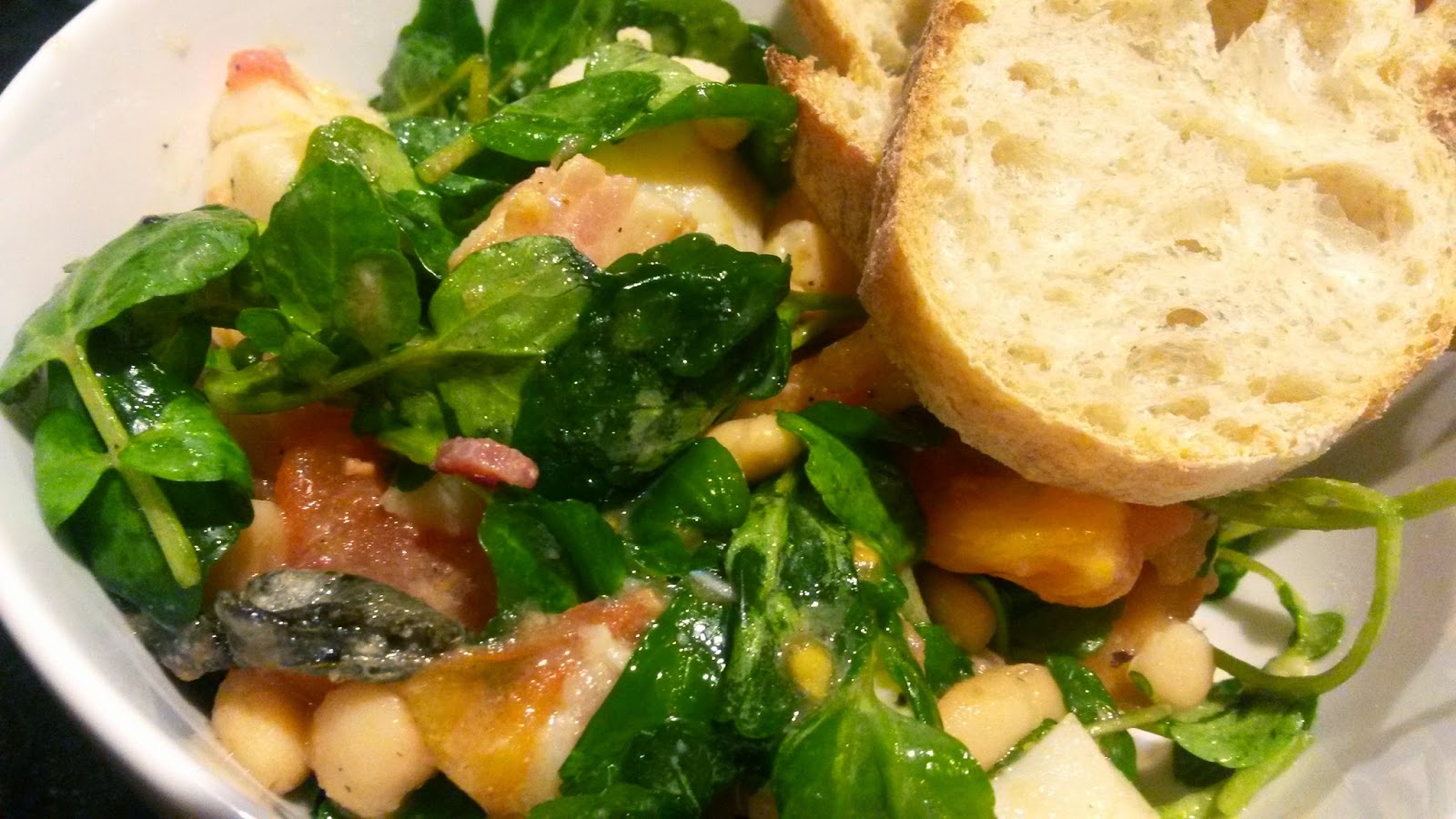