I've spent the past few days in Atlanta for some meetings and to spend some time with my family and friends. I am fortunate to have a close relationship with my grandmother, who is one of the most amazing women I know. She raised seven (!) children and is kind, patient and still adventurous. When I was in high school, my family took a trip to Ireland with my Grandma. She and I were supposed to be roommates for the first portion of the trip, and then each of my sisters was to take a turn as her roommate later in the trip, but when my Grandma and I realized that we shared the same schedule (we're both early birds who love an afternoon tea) and the same sense of humor, we ended up as roommates who got along famously for the whole two weeks. Fortunately, my Grandma also shares my love of good food, so, this weekend, I volunteered to cook dinner for my parents, Grandma and one of my mom's sisters who was also visiting for the weekend. 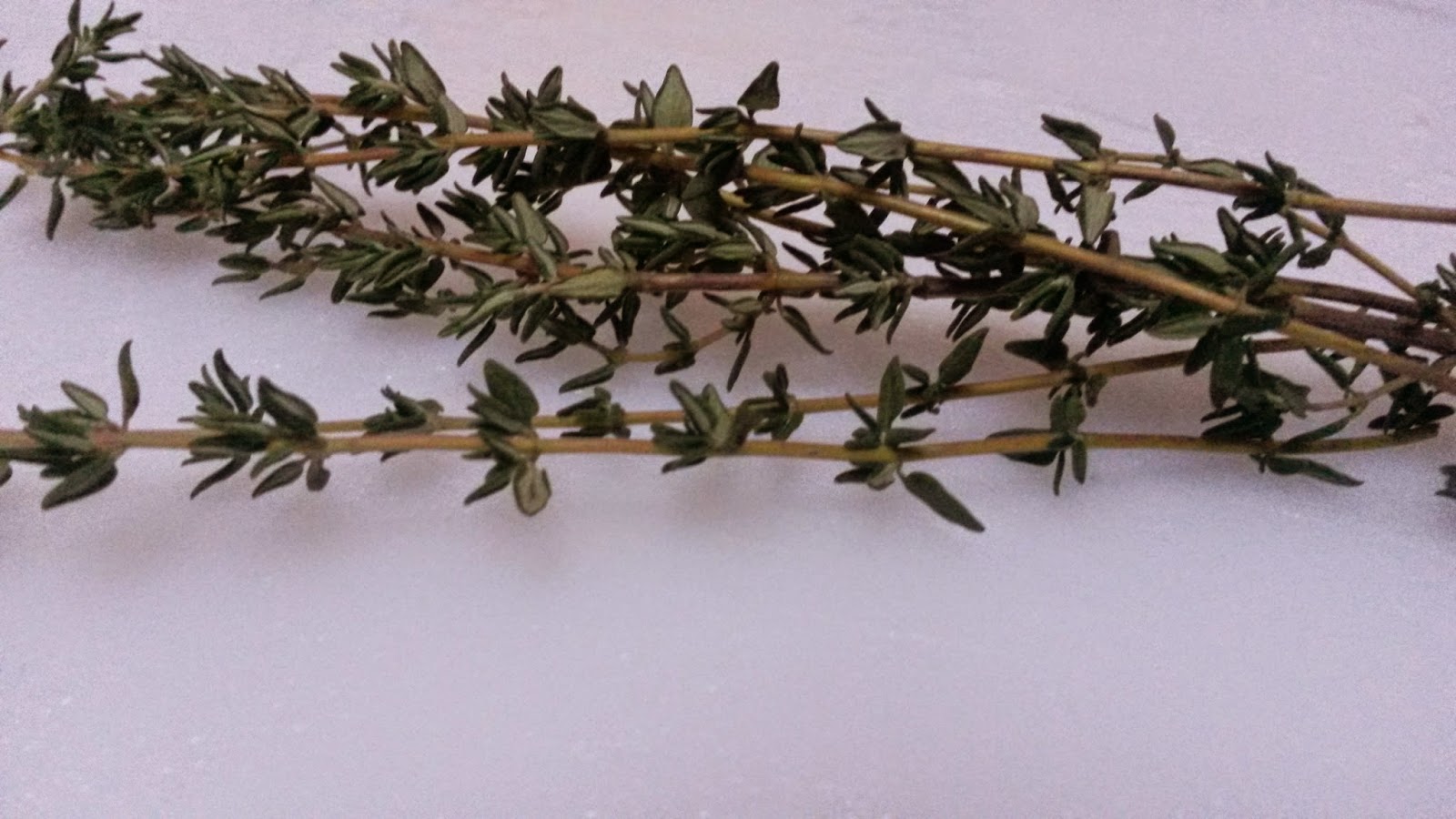 My mom loves spinach, which, for better or worse, is just not one of my favorite greens, but since it was her only request for the meal, I figured I should find a way to work it in. My compromise was to put it in a salad filled with other flavors and textures so that it was buried beneath the salty blue cheese and sweet apples and cherries. The fennel added a really nice mild but unexpected flavor, and the chopped toasted pecans added a really great crunch. I added some fresh thyme to the salad. I was also using it in roasted potatoes and a blue cheese sauce I was serving with chicken for the main course, so it was nice to have just a hint of the flavor in the salad. With this much flavor going on in the salad itself, I kept the dressing was super simple to let all of the flavors shine. 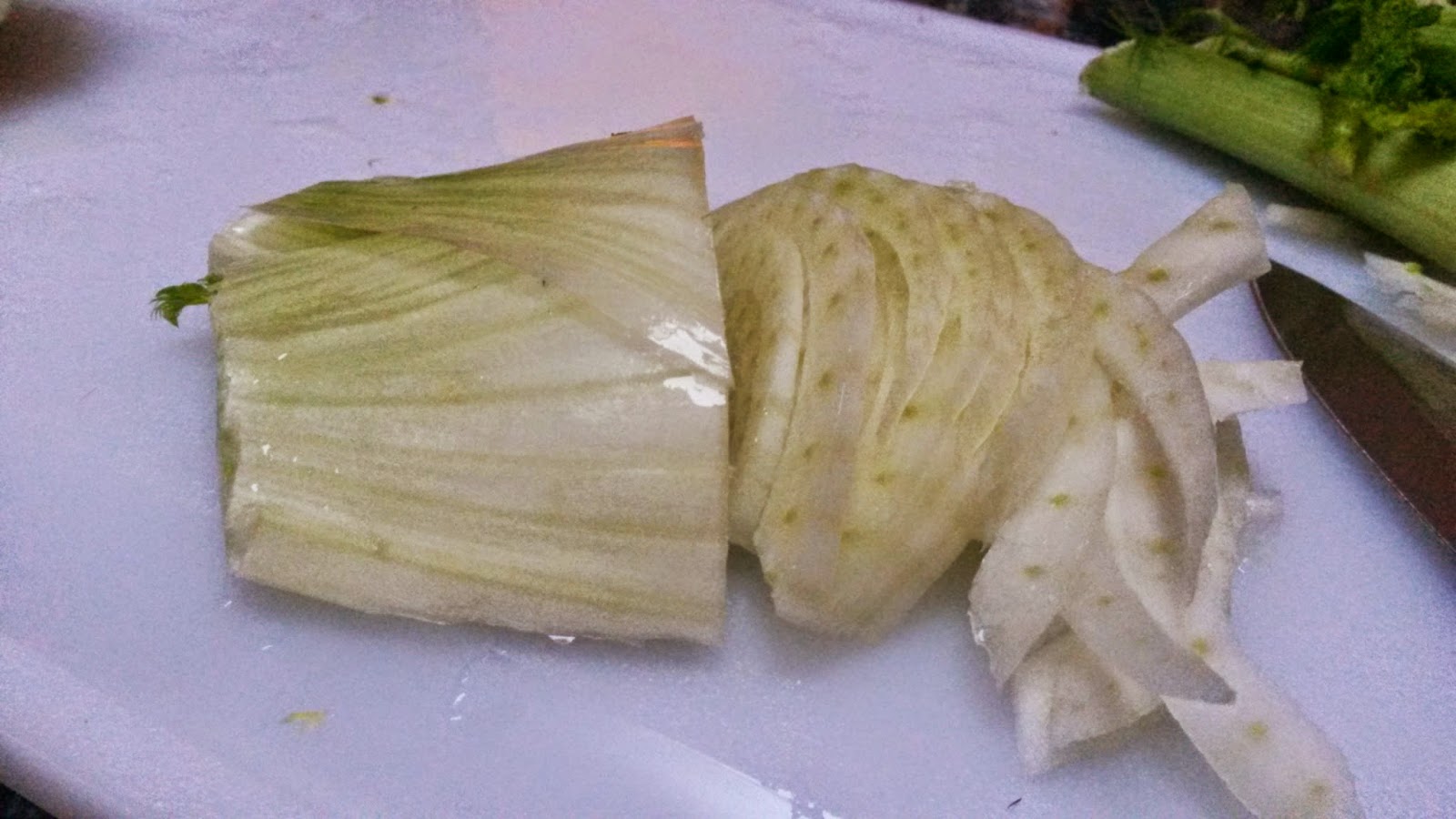 Add spinach to a large bowl. Slice fennel in half. Remove core. Slice crosswise, starting at the bottom into thin strips. You could use a mandoline if desired. Then chop long strips into thirds. Add to bowl. 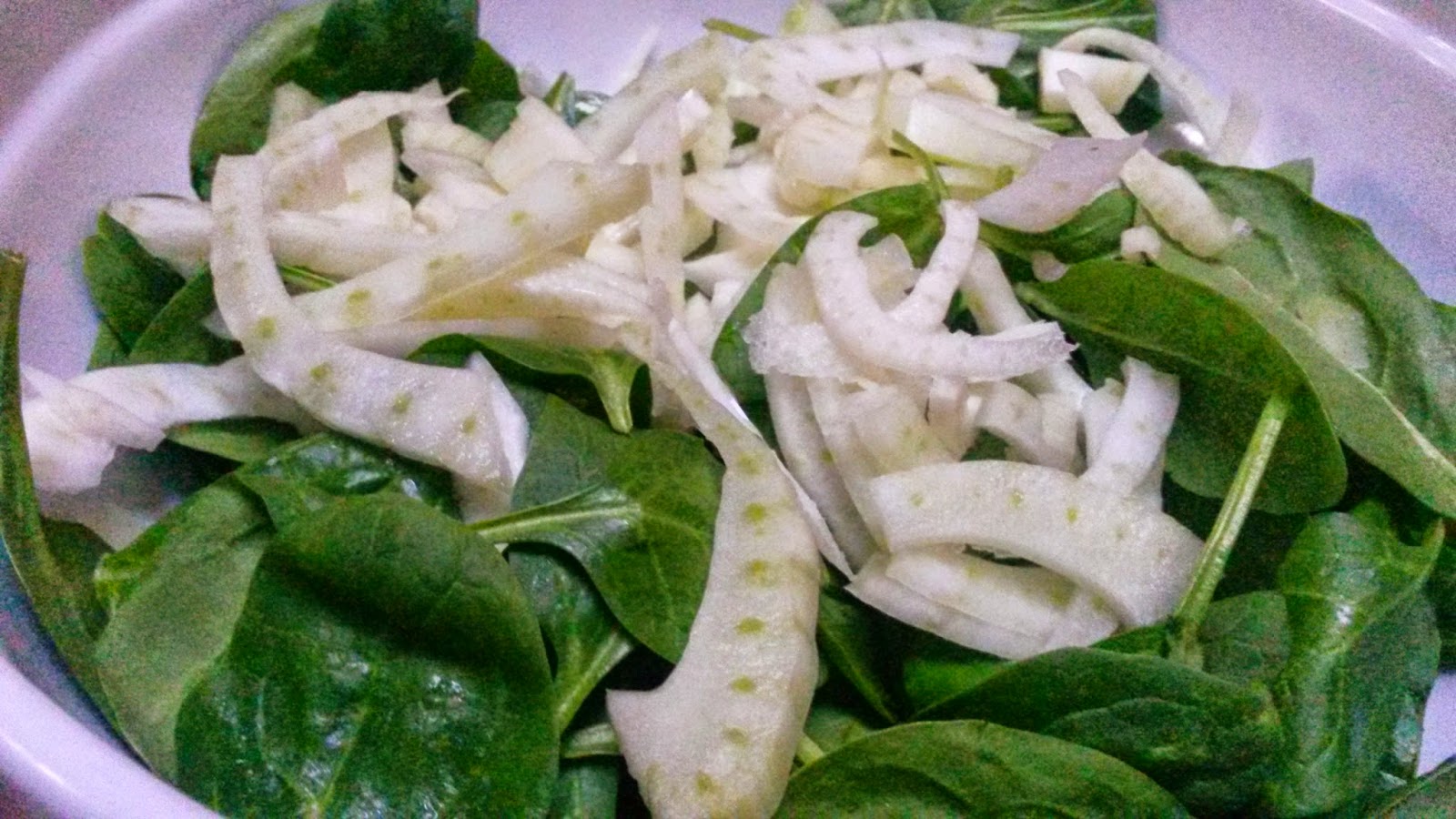 Chop apple, with peel on. (If you're preparing the salad ahead, just put the chopped apple into a bowl with lemon juice and water to prevent browning.) 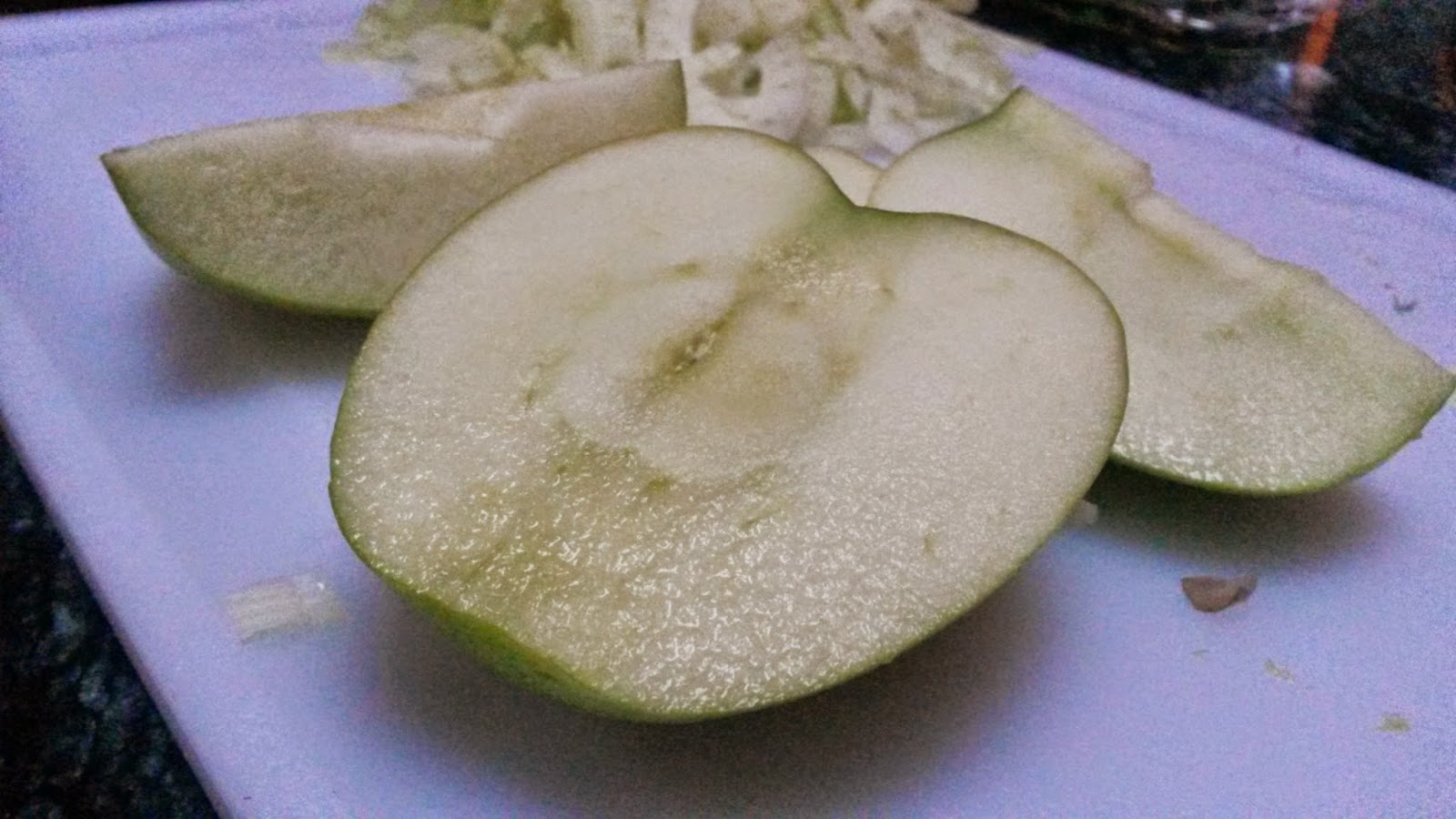 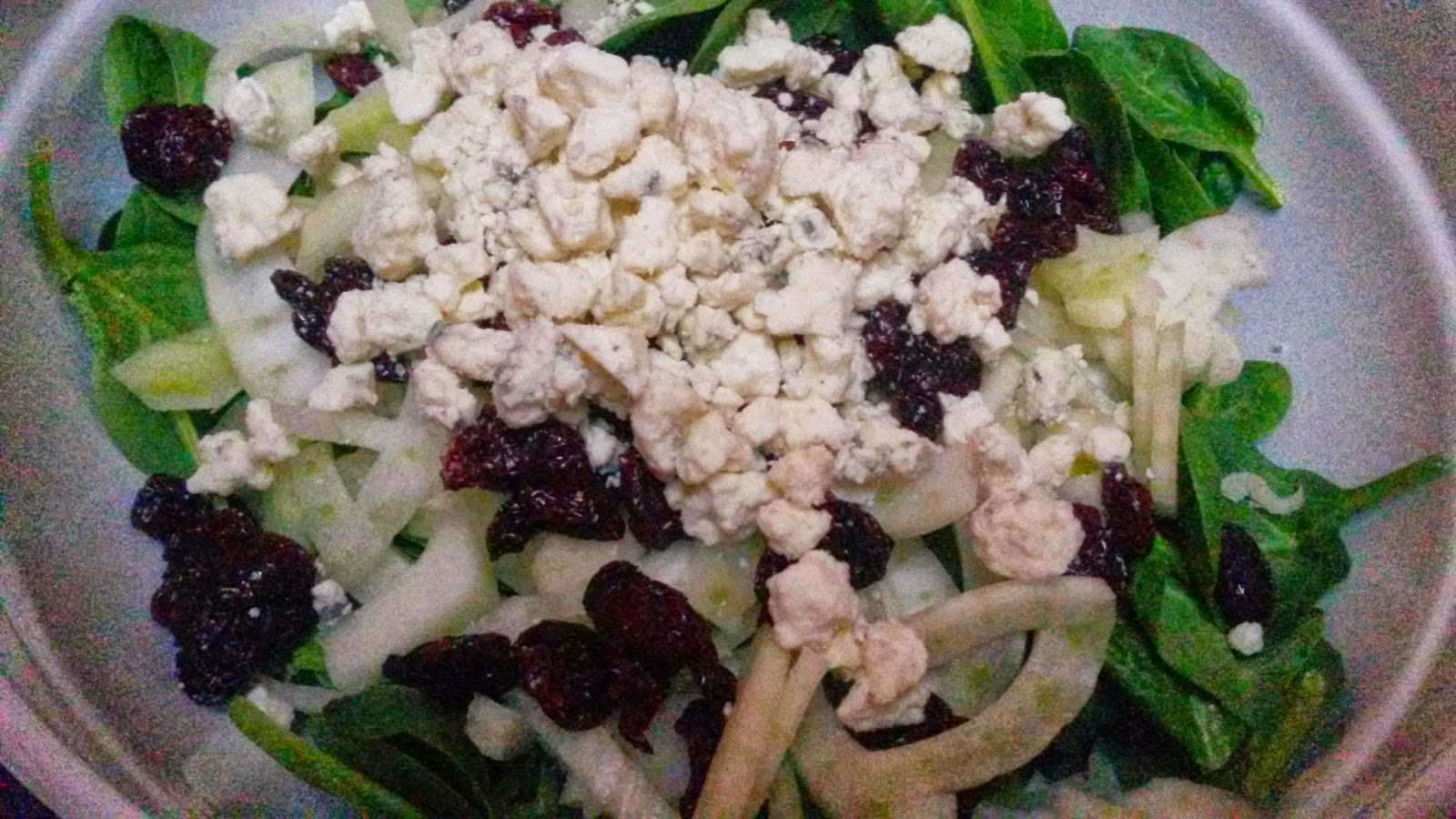 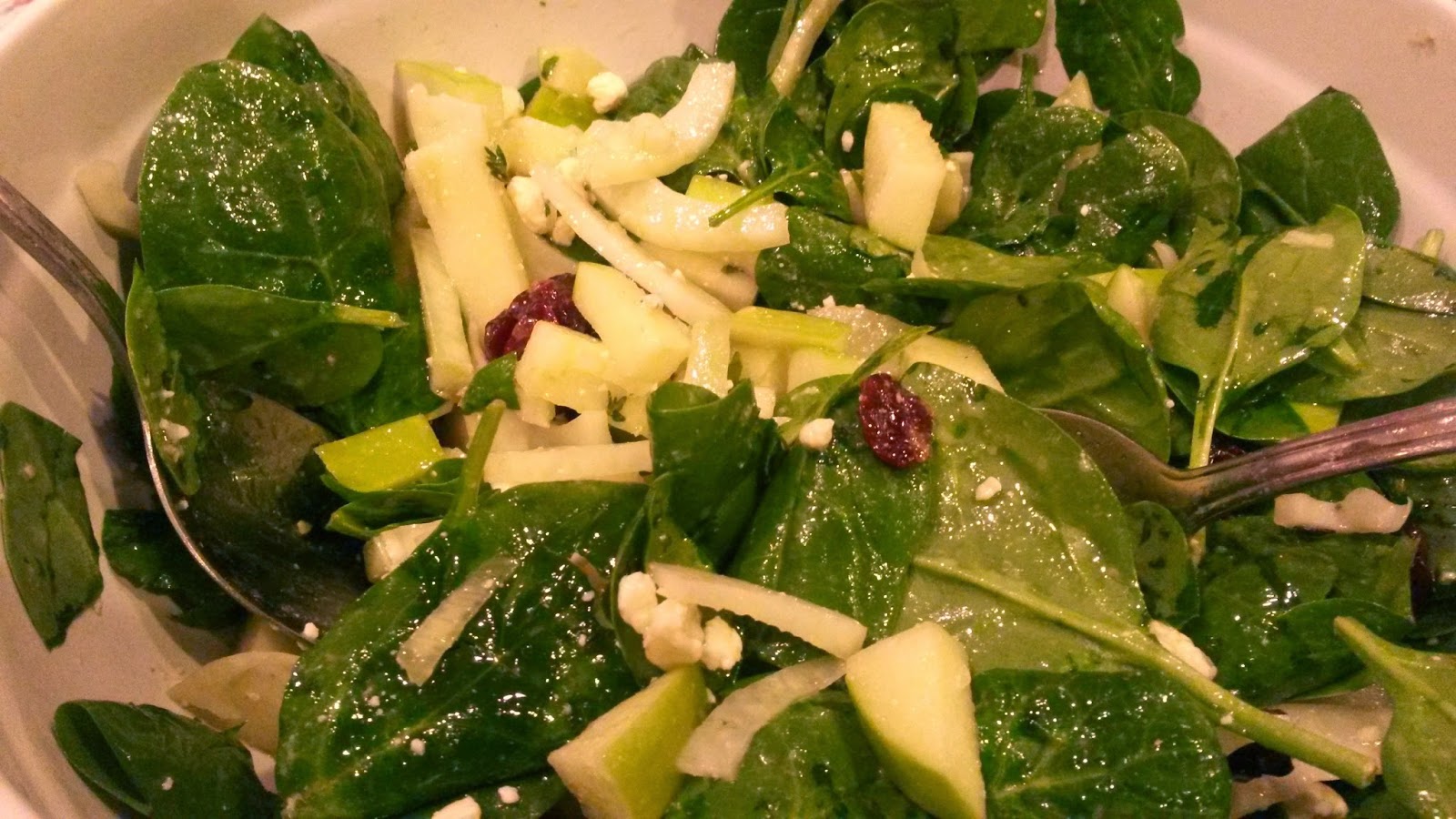 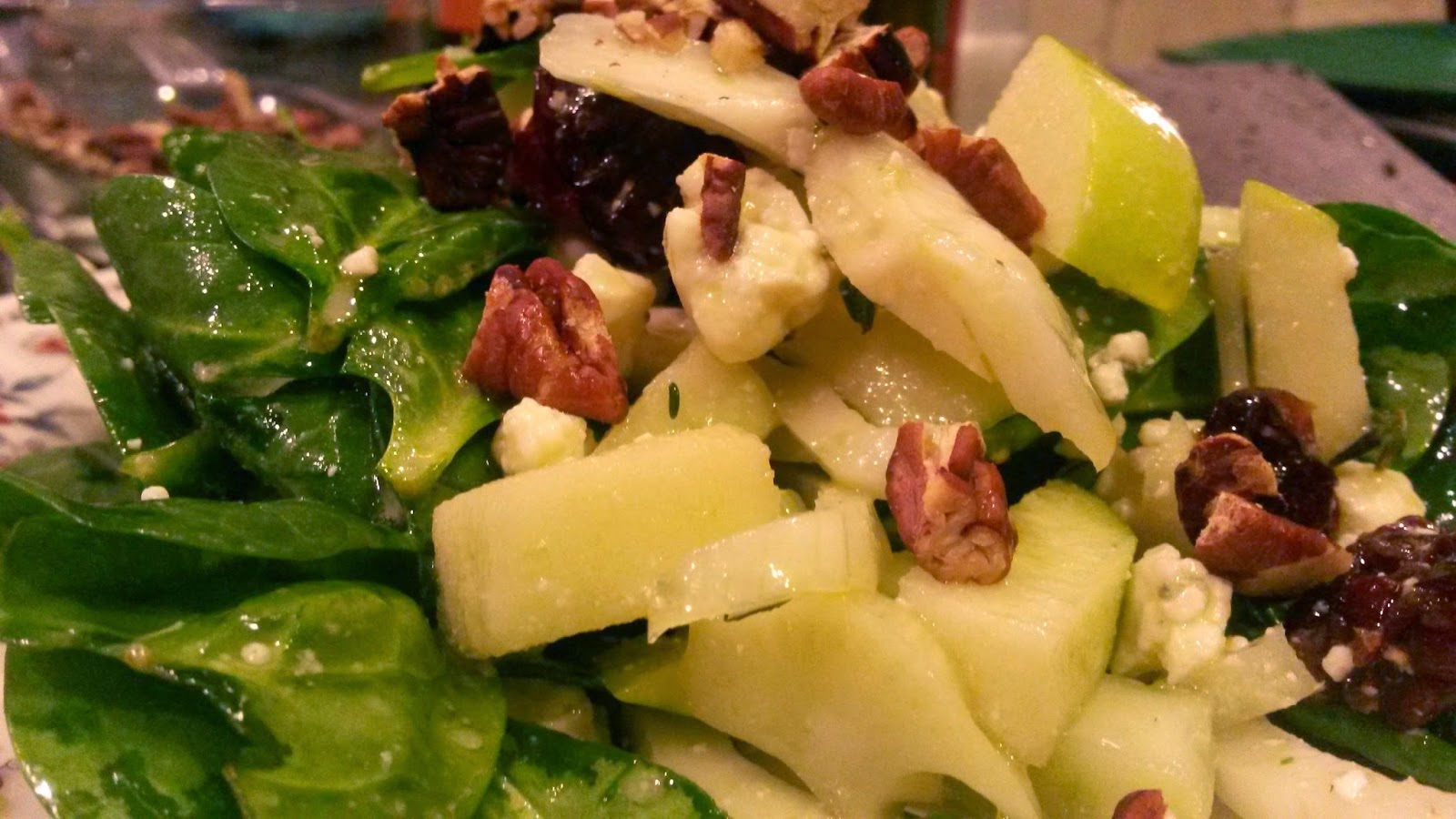